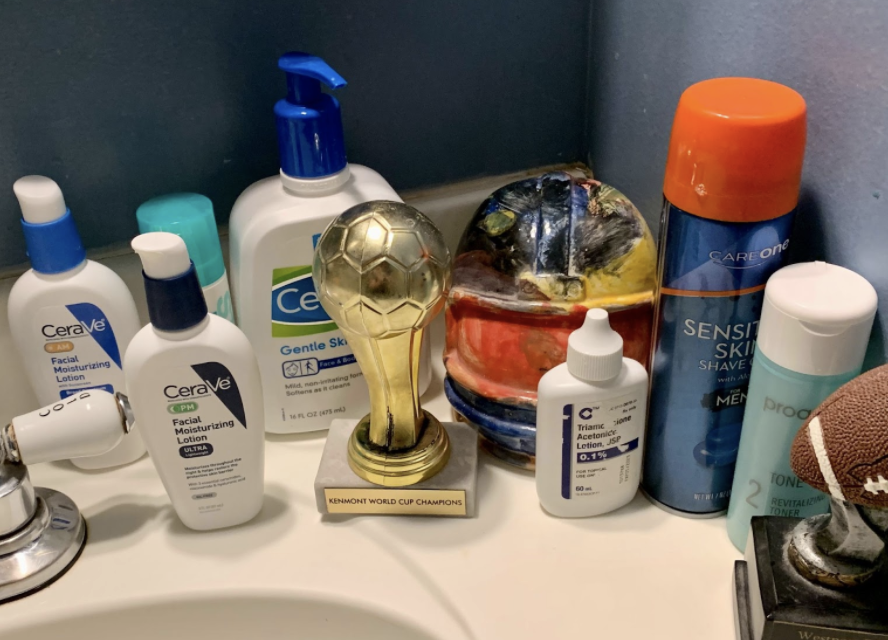 Due to the stigma surrounding men’s skincare, men are often forced into a lose-lose situation in which they are mocked both for having acne and for trying to take care of their skin. To end this stigma, skincare must be seen as gender-neutral tools rather than feminine products.

Growing up, I noticed that skincare was often a taboo subject among men. Conversations regarding moisturizers, face washes and toners were often shot down near-instantly by homophobic and sexist remarks. At the same time; however, just as those who took care of their skin were insulted, so, too, were those with acne.

Despite what this aversion to skincare would tell you, men experience acne at higher rates than women during adolescence. According to a study done in The Journal of Clinical and Aesthetic Dermatology, several studies have reported a prevalence of adolescent acne ranging between 81-95% for young men and 79-82% for young women. In spite of this, the stigma around men’s skincare still causes a lose-lose situation for young men, that both having acne and putting effort into your skin is worthy of mockery, harms men. This stigma must be stopped.

While this idea that skincare is inherently feminine seems like it’d be rooted in cultural tradition, it originated from the advertising industry. According to Elza Ibroscheva, Ph.D., a professor at Webster University, cosmetics began as a way to sell a “softer, feminine image” for female consumers based on the sexist stereotype that women were “preoccupied with self-care and domestic duties.” This notion stuck, and to this day our concepts of masculinity are defined not by cultural heritage, but instead by marketing agents of the 19th century.

Skincare products shouldn’t be seen as feminine, but instead as gender-neutral tools to fix various skin ailments, including acne.”

Had I been dissuaded from skincare like many men are today, my acne and mental health would’ve been a lot worse. Since I was 12, I have suffered from severe cystic acne, a type of acne that spreads quickly without treatment. Thankfully, I got treatment for my acne, but it was still terrible and made me feel disgusted with myself. I am not alone with these feelings, as in a study published by the American Academy of Dermatology, 67.9% of participants felt ashamed due to their acne and 41.1% felt uncomfortable being seen in public with acne. Had I forgone treatment, like many men do today, this shame I already felt would have been much worse.

In recent years, there has been a small shift away from skincare being just for women due to a shift in advertising from some brands. Dove, who has had a personal care line for men since 2010, started the advertising campaigns such as “#RealDadMoments” and “Father’s Day Taken,” that challenge the idea that taking care of your skin is feminine. Similarly, Axe launched their “Is It Ok For Guys?” campaign in 2017, which fought against negative stigmas with commercials that frame men’s baths with the humorous portmanteau “bathsculinity.”

Though these brands have made some progress, with the men’s skincare market in the U.S. topping $3.4 billion in revenue for 2021, a few campaigns aren’t enough to remove the stigma around men’s skincare from our society. According to a poll taken by AcuPoll in 2020, 63% of men do not regularly use face wash and 11% have never tried any skincare products. One of the reasons was that skincare was perceived to be “feminine.”

There needs to be a change at the societal level, especially regarding education. Just as children are taught how to take care of their bodies, so too should they be taught how to take care of their skin. Skincare products shouldn’t be seen as feminine, but instead as gender-neutral tools to fix various skin ailments, including acne. Only when it is made genderless will the stigma and subsequent masculine aversion to skincare end.