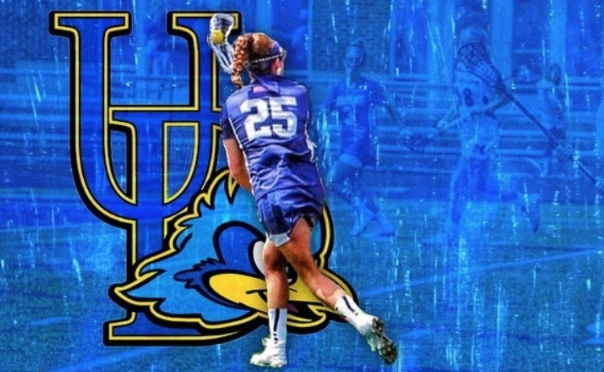 Many Staples athletes have dedicated long days and countless hours to the sport they love. For some, it is in hopes of commiting to play at the collegiate level.
Whether it’s division I, II or III, all athletes have to go through a lengthy process to finally commit to play in college. The committing process has dramatically changed during COVID-19, as many regulations have been implemented. This has impacted many of our own athletes at Staples High School.
Gaby Gonzalez ’22 committed on Aug.11 to play soccer at Cornell University.
“COVID has impacted the recruiting process because […] coaches were unable to see me play in person,” Gonzalez said.
As a result of soccer events being canceled and travelling not encouraged, Gonzalez had to keep coaches updated by sending new film and organizing Zoom calls.
“I was still able to update them with footage; however, there was not much footage available to send, as we weren’t playing games,” Gonzalez said.
Mckenzie Didio ’22 went through a similar recruiting process. Didio committed to University of Delaware on Dec. 3 to play lacrosse.
“This year it was very different with COVID-19 because normally we would be allowed to go to camps at the school and get in front of the coaches,” Didio said. “But there were restrictions placed where we could not and that made everything more complicated.”
As a result of these regulations, coaches were dependent on film, similar to Gonzalezs’ experience.
“We had a bunch of scrimmages and games over the summer with our club teams, so we took film from that and sent it out to coaches and Delaware was one of them,” Didio said.
Once Didio decided on Delaware, she was able to connect with them on a personal level from hundreds of miles away.
“We had a bunch of Zooms to get to know each other and hear what the program was all about,” Didio said.
COVID-19 has made the commitment process change in many ways, yet athletes and coaches were able to adjust.
“COVID-19 impacted the process greatly,” Didio said. “I was still able to overcome and reach my goal.”