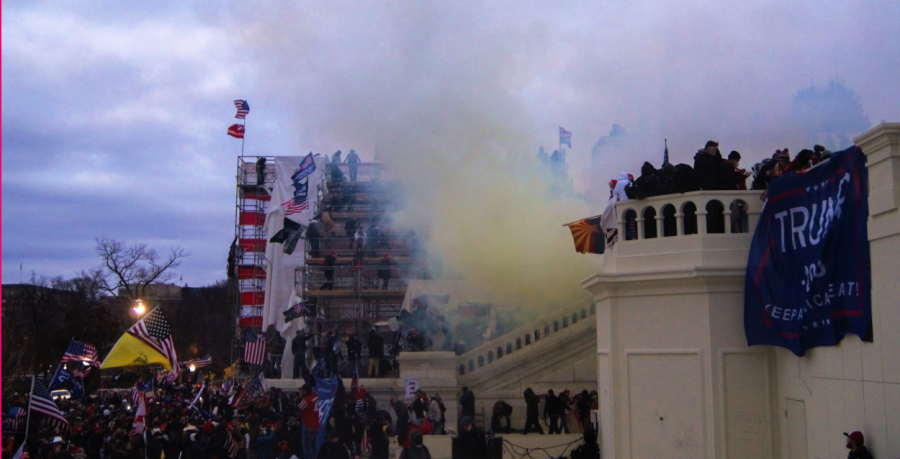 When major, controversial events, like the Capitol riot, occur, it is important for teachers to better represent all beliefs and feelings and create a comfortable and safe environment for every person in the class.

For as long as I can remember, in every history or English class I have ever been in, there has been a unit where we talked about the Civil War or segregation. At a younger age, you don’t think too much about these units because you don’t truly understand them as well and you’re not taught too much about how the war started.

However, as you get older, you start to learn and understand more about the world around you. You learn about racism, both in the past and present.

For teachers, it’s very important to hold conversations about these issues with students, but the way teachers have been going about these discussions has been inaccurate.

At Staples, the teachers tend to have more free-form discussions with the class and this is not ideal because the majority of the students aren’t really used to having these types of discussions with minority students. They have been through the Westport School district, which is predominately white. They don’t realize that some of the discussions may be really embittering and infuriating for some of the students with a different lived experience.

One of the experiences is watching the Capitol Hill riot as a Black male, and knowing in your head that if that had been a Black Lives Matter protest, we would have seen a blood bath on national television, tear gas, people pushed face down into the ground and arrested without any question.

I recently had a negative experience with a student-led conversation in one of my classes this year. The teacher facilitated a student-led discussion about the attack on the Capitol, as opposed to having a more structured conversation that clearly established that all opinions would be heard and respected. I heard students defend this riot and say hurtful things, such as “people are making too much of a big deal about this.”

At that moment, I didn’t know what to do because I seemed to be the only person in my entire class with a different opinion on what had happened. My soul was on fire because I could tell they really believed what they were saying; I wished that they could put themselves into my shoes.

This is one instance where I would have liked my teacher to create a more balanced discussion and not have the entire class who is mainly white and me by myself feeling the weight of my race on my shoulders.

Instead of having students speak, it might be better to have them write. That way, the teacher could then read those responses to see how to create the best possible lesson. The teachers will clearly be able to get a sense of the students’ beliefs and feelings and create a comfortable and safe environment for every person in the class while still getting the message across.

At Staples High School, the majority of the student populace is white with very few students of color. So, when it comes to Black Lives Matter, white students may not understand the movement’s message and may be ignorant to the feelings of Black kids in the class. It’s the teachers responsibility to notice the types of kids they have in their class and design the lessons in a way where it protects minority students.