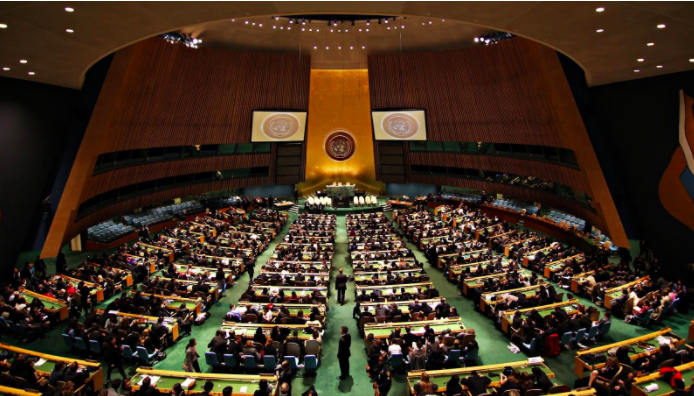 The U.N. voted on Thursday to pass a resolution demanding that President Trump rescind his policy to move Israel’s capital from Tel-Aviv to Jerusalem. The nonbinding referendum, which passed 128 to nine with 35 abstentions, came one day after Trump threatened to cut aid to countries that did not support his plan.

Trump formally recognized Jerusalem as the capital of Israel to take what he called “a long-overdue step to advance the peace process and to work towards a lasting agreement,” according to a speech on Dec. 6. The decree will change the location of the United States assembly to be closer to disputed territory in the West Bank.

The UN immediately reacted with criticism, with ambassadors from Britain, France and Egypt issuing statements against Trump’s decision. On Dec. 20, Trump said the United States would cut off financial aid to countries that supported a new resolution to abolish his decree.

Now, the UN has defied Trump’s actions a second time with the symbolic vote, although some allies such as Canada abstained. American ambassador Nikki Haley has stated “no vote in the United Nations will make any difference on” the United States putting its embassy in Jerusalem.

Theo Koskoff ’18 agrees with the UN’s reactions, citing historical conflicts and land acquisitions that granted Palestine the ownership of the eastern half of Jerusalem.

“I feel that the status of Jerusalem should be left open until Israel agrees to return the illegally occupied territories to the Palestinians,” Koskoff said, “and allow some form of right of return for those displaced as a result of Israeli military actions.”

Koskoff added that he would like to see the UN placing more active pressure on Israel to resolve the long-standing conflict.

Uri Cattan ’18 is in favor of the capital’s relocation despite it being the actions of a “controversial” administration.

“I don’t think that the relocation of the US embassy will affect the peace process, as Jerusalem will be included as Israel’s capital in any realistic solution to the conflict,” he said. “The UN’s reaction is in line with the [their] history of holding Israel to a double standard…it does nothing to further peace.”

In the future, Cattan believes it is important for the UN to minimize its involvement in Israeli affairs.

“If they’re willing to act as a true, [un]biased intermediary to promote negotiation and peace, then let their role be one of prominence,” he said. “If not, I don’t think they do anything other than polarize talks and inhibit peace.”