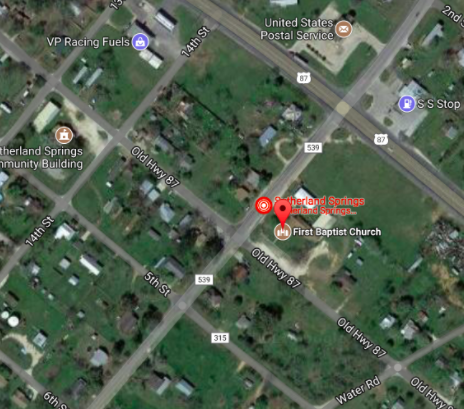 About 26 victims were killed on Nov. 5 after a gunman opened fire at the First Baptist Church in Sutherland, Texas. Around 20 others between the ages of five and 72 years old were injured, according to Freeman Martin, a regional director with the Texas Department of Public Safety.

Staples student, Donovan Ross ’18 demonstrated concern for her relatives who live in  Texas by contacting them as soon as it happened.

“I immediately called my family members that live in Texas; I was worried about their safety. A shooting anywhere is concerning but this one hit close to home,” Ross said.

This tragedy not only affects those in and closely tied with Texas. Staples senior Gabriela Vega ’18, who frequently attends church, is horrified by the sequence of events.

“I can’t imagine going to church and having this happen. It’s supposed to be a time for peace but instead this extreme act of violence occurred. It’s terrifying,” Vega said.

While authorities have yet to announce what may have motivated the suspected shooter, law enforcements have identified the shooter as a 26 year old man named Devin Kelley.

Kelley was originally spotted directly across the street from the church in a Valero gas station at 11:20 a.m. Eventually, Kelley crossed the street and began firing before he even entered the church. As the suspect began to flee the scene, a local resident used their own rifle to engage him, Martin announced. The citizen continued to pursue the man and later on that Sunday afternoon, Kelley was found dead in his vehicle from a gunshot wound. Authorities are still unsure whether or not the wound was self-inflicted or brought on by the engaged citizen. Various weapons were also found in Kelley’s vehicle.

As a result of the shooting, mourners gathered on Sunday evening at the Sutherland Springs post office for a vigil. Photos on the church’s page have been uploaded, sharing happy moments at the church of the lost lives.