Aitkenhead steps down as director of Wakeman Town Farm 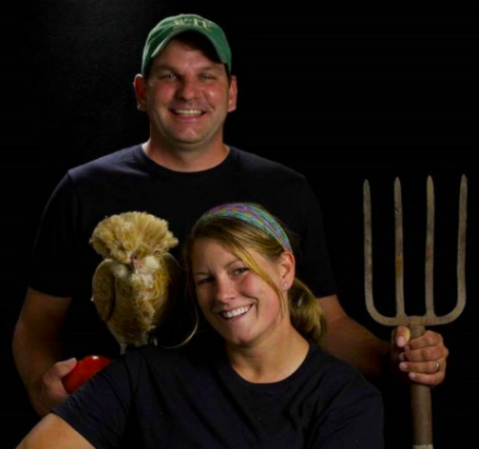 On Tuesday, April 18, it was announced that science teacher Mike Aitkenhead and his wife Carrie Aikenhead will be stepping down as directors of the Wakeman Town Farm and Sustainability Center on June 30.

“It has been an amazing ride [but] I’ve spent far too much of my time raising vegetables these past few years,” Aitkenhead said in an email that went out to all staff Thursday morning. “Now it’s time to spend more time raising my children.”

His departure was news to some students. “I was actually kind of shocked because last year it seemed like he had a lot of plans for the farm,” Reeve Jackson ’18 said, “but I also totally understand because he has a lot of other things going on.”

Other students have been having reactions similar reactions of surprise, but understand why he is stepping down. “I was surprised because it wasn’t really on my mind. I think it makes sense because he knows what’s best for him and his family,” Grace Foster ’17, an AP Environmental student, said.

For the last six years, Aitkenhead has taught AP Environmental, Horticultural and Environmental Studies at Staples High School. Although he will no longer be living at and seeing to the farm anymore, he and his wife will sit on the advisory board, and they plan on teaching and attending events at the farm. Aitkenhead will also continue to teach at Staples and hopes to teach a new course next year, ‘Accelerate Science’.

“One of the greatest pleasures is that I’ve been able to do some meaningful work and have had the opportunity to work with wonderful people throughout the community….I’m proud of all the work my family and I have done at WTF and proud of where we’ve taken the farm”  Mike Aitkenhead said.