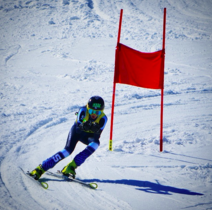 With the ski team hitting the slopes soon, it’s time to take a preview into the upcoming season. The team has been doing dry land runs since November and are now preparing for their time trials.

Although the time trials were set for December 21st, due to recent weather they have been postponed to January fourth.

“This year since there isn’t much snow we’re looking to how the season will play out. We don’t have any races to begin with so we hope it will start snowing again soon,” said Alin Pasa ’18.

Along with Pasa, three other sophomores Lauren Thomson ’18, Sofia Gerrard ’18, and Suzanne Allen ’18  made the varsity team last year as freshman. A stand out among them was Gerrard. After placing 12th in the Connecticut statewide competition she was able to place higher than any other member of the girl’s ski team.

“She was amazing last year and really set a high standard so I’m excited to see how she does this year,” said Thompson a longtime friend of Gerrard.

Many speculate that the incoming freshman class will be bringing a lot of  talent to the team. “I know that a lot of the incoming freshmen have prior race experience so we are expecting them to be a strong group,” said Captain Emily Duranko ’16.  The stand out among them is Maddie Steele ’19 who has a strong racing background.

After losing some of their top varsity skiers, Jackie Chappo ’16 and Lizzie Cooperstone ’16, the ski team still remains hopeful for this upcoming season.

“Last year we didn’t do as well as we would have liked. We came 4th regular season and 5th in states. We are excited about this upcoming season and hopefully will place better. We have a lot of returning varsity skiers,” said Duranko.

The girls ski team’s goal for this year is to place in the top three at the state championship.