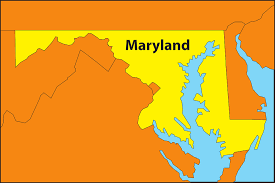 At Great Mills High School in Maryland, a student opened fire on classmates on March 20, hitting a 16-year-old female and a 14-year-old male.

Immediately after the shots were fired, the school resource officer was called to the scene where he engaged the shooter and ended the threat after shots were fired back and forth. The shooter was injured and later brought to a local hospital where he died.

The shooting at Great Mills High School was the 17th school shooting in the United States in 2018, and according to CNN, that averages out to about 1.5 school shootings a week.

This shooting comes just days before the nation wide walk on March 24 that will take place in large cities throughout America.

Monique Ostybe ’18 organized the March 14 walkout at Staples High School and has been an avid participator in the fight for making a change.

“I think this shooting goes to show that there is work to be done everywhere,” she said.

President of Student Assembly at Staples, Alyssa Hyman ’18 was also a large part of the Staples walkout that took place and is horrified about yet another school shooting.

“I am upset that our nation has experienced 17 school shootings in 2018,” Hyman said. “We always think that ‘it won’t be us’ or ‘it won’t happen here,’ like the people in Great Mills thought, but it’s a prime example it can happen anywhere.”