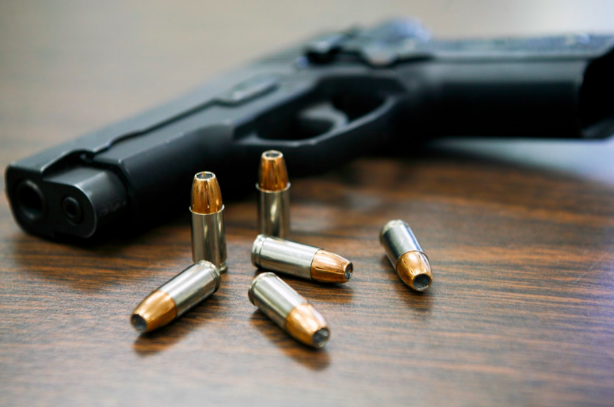 Scott Kologi, a 16-year old from Long Branch, New Jersey, shot and killed four people on Dec. 31. The victims were the shooter’s parents, Linda Kologi and Steven Kologi; his sister, Brittany Kologi; and family friend, Mary Schultz, who lived with the family. The motive surrounding the shooting is unclear and Kologi is currently in police custody.

“I think [gun violence] is an issue in our culture because of our glorification of guns,” Monique Ostbye ’18 said. “We create an atmosphere where it makes gun violence a much higher possibility.”

According to Monmouth County Prosecutor Christopher Gramiccioni, Kologi used a semiautomatic rifle to shoot the victims. The gun was registered to one of Kologi’s family members who lived in the house.

The number of shootings in the United States has been on the rise. According to CNN, from Jan. 1, 2017, to Nov. 5, 2017, there were 307 shootings in which four or more people were injured. In result of this, the argument regarding gun control laws has been widely discussed.

Kologi has autism and did not attend the local high school. He was charged as a juvenile with four counts of first-degree murder and one count of possession of a firearm for an unlawful purpose. It was recently ruled that the case regarding the teen shooting is to be closed to the public and it is unsure whether he is being charged as a minor or adult.

Olivia Utter ’19 believes the Second Amendment is something that should be withheld in the United States, with some regulations. “I do believe that there should be required gun safety courses and lessons before someone is able to purchase a gun,” Utter said.

For some, this shooting is just a reminder that reform is necessary and that even more steps need to be taken in order to prevent future shootings from happening.

“I think that there isn’t a need for that grade of guns in the house,” Ostbye said. “No matter what you’re going to use them for.”