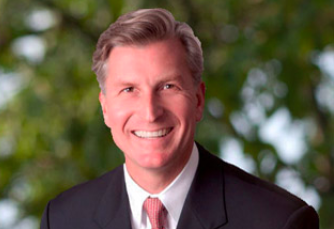 On Monday, Oct. 2, Steve Obsitnik announced his candidacy on the Republican ticket for governor of Connecticut. The basis of his campaign is focused around job growth in the state. While he is a fiscal conservative, he is also a social libertarian, which are values that he believes most Connecticut residents support.

Obsitnik grew up in Stamford, graduating from Stamford High School. He served in the military in Windsor Locks and Groton, Connecticut. Obsitnik is now raising his family in Westport and has two daughters enrolled in the public school system, one of whom attends Staples.

“I have a vision for the values and culture that we want to have for our state, ones that I experienced as a kid growing up, that have unfortunately been eroded; we have to be a top ten creation state once again,” Obsitnik said.

With a depletion in the number of jobs and residents Connecticut has seen, Obsitnik hopes to reverse this path and “turn the moving vans around.” Obsitnik believes he has experience that qualifies him to understand what Connecticut needs to be successful long-term.

“I understand what it takes to create jobs; I’ve done it a few times in my business career,” Obsitnik said about job building.

According to a 2016 study by Forbes, Connecticut’s job growth rate is 1.1 percent while the national average is 5.1 percent. Its unemployment rate is 0.6 percent higher than America’s average. Obsitnik believes his biggest challenge is going to be convincing the state legislature to realize that job growth must be a top priority, one that has to remain a focal point in order to retain and attract people to Connecticut.

“If you get more people to stay and move into Connecticut, you can raise tax revenues, and that helps on the budget side,” Obsitnik explained.

As to cutting the costs of government, he said, “We need to reinvent how we think about delivering services and to be thoughtful about how we use technology. We need to rethink how we use partnerships with the private sector in order to deliver more and better services at a lower cost of delivery.”

Obsitnik’s mother was a public school teacher, and the candidate traces many of his successes back to his educational foundation in Stamford. Obsitnik feels that everyone, no matter where they live in Connecticut, should have equal access to a high value education.

“Every kid should have access to a great school, a great teacher and a great administrator,” Obsitnik said.

Obsitnik feels that Connecticut has many benefits that are not being utilized to their full potential. He points out that one-third of the United States’ economy is within 500 miles of Connecticut, that Connecticut has access to interstates, trains, seaports and airports, and that there are 42 colleges that graduate 250,000 students per year.

“Half of those who go to college in Connecticut leave the state after graduating. We educate a lot of kids, but we don’t have any jobs for them when they’re done being educated. That’s a problem I want to solve — giving people the opportunity to stay in Connecticut, not force them to leave for Massachusetts or Texas or California,” Obsitnik said.

While a native of the state, Obsitnik seems to be cut from a different cloth than past governors. “I’m not a career politician,” he said. “I don’t think like one, and I wasn’t trained like one; I’m just an individual who cares deeply about the state that I grew up in.”