Winter Storm Stella leaves students in a white out 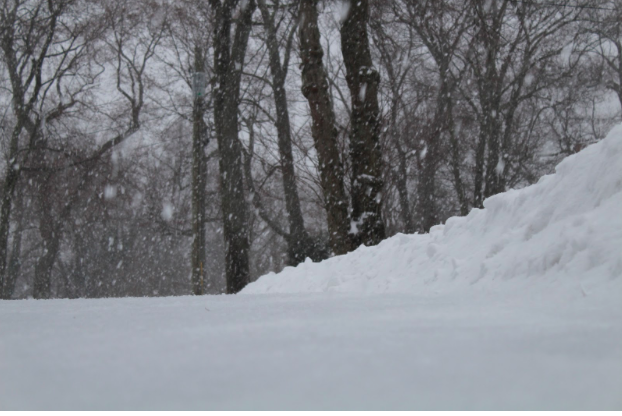 Prior to the arrival of winter Storm Stella, it was announced the Westport Public Schools will be closed on Tuesday, March 14, 2017, due to the forecast for blizzard conditions.

Winter Storm Stella is expected to accumulate more than a foot of snow and bring high winds to Westport, and “will make driving dangerous, including impossible all day,” according to First Selectman Jim Marpe.

When Gus McGee ’19 woke up he was not surprised by the conditions.

“I knew it [Winter Storm Stella] was coming since the snow day was announced the day before,” McGee said. “I was expecting to see about a foot or more of snow on the ground.”

“I don’t remember seeing so much snow in Westport ever,” O’Brien said. “I was expecting a lot of snow because they have been talking about this northeastern since last week. I knew that it [Winter Storm Stella] was going to be severe.”

“All the streets are covered, so no one has a way to leave their house,” O’Brien said. “Most teachers live in towns that get hit harder with snow than Westport so it is even more difficult for them to travel.”

Marpe made a statement on the town’s website which advises all Westporters to stay inside their homes. Marpe also recommends Westporters to not drive or park any vehicles on any town road as this could impede snow removal.

According to Superintendent Colleen Palmer’s Twitter account, the “timing of storm and snow amounts may impact us opening on time tomorrow. We can delay one, two or three hours.”