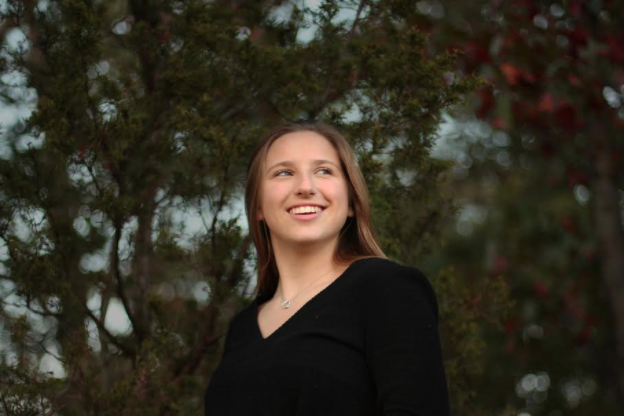 Whether she’s on the stage or the field, holding a mic or a lacrosse stick, running lines or running sprints, Avery Mendillo ’18 has got the best of both worlds as a member of Staples Players and varsity lacrosse.

Mendillo’s extra-curricular pursuits are driven by her family-rooted passion for performing arts and sports. “I come from a very athletic, yet artistic family,” Mendillo said. “Sports and performing come naturally to me.”

Mendillo’s passion for theater started around the age of 11 when she started taking acting classes. She then applied her acting skills to her role as Donkey in “Shrek the Musical” at Coleytown Middle School. Mendillo believes her performance in this production was a pivotal moment in her theatrical success, as it served as a catalyst for her love for theater.

“One day one of the guys in the Shrek band pulled me aside and told me how he could see my passion for theater and how inspiring it was for him,” Mendillo said. “That moment has stuck with me since.”

In addition to being an avid performer, Mendillo has been playing sports for as long as she can remember. More specifically, she picked up lacrosse in third grade and has remained committed to the sport ever since, as it enables her to “play a game…with friends and learn about the importance of being on a team,” Mendillo said.

However, maintaining two major Staples commitments is much easier said than done.

“For time management, I will say it definitely gets complicated,” Mendillo said. “I basically have been jumping right from one thing to another.”

Despite Mendillo’s tangled schedule, varsity lacrosse player and teammate of Mendillo, Abby Najarian ’18, affirms that Mendillo is able to uphold her responsibilities in both activities.

“I think that Avery is able to keep the two separate,” Najarian said. “She misses some of the off-season lacrosse stuff to be able to make Players rehearsals, but she always comes to season prepared.”

Antonio Antonelli ’19, another member of Staples Players, admires Mendillo for being able to handle both theater and lacrosse. “She doesn’t need to sacrifice one of her passions for the other, which is a great thing,” Antonelli said.

Regardless of the challenge it imposes, juggling these two activities is certainly worth it for Mendillo.

“I have been so lucky and thankful to be part of the lacrosse and Staples Players programs at Staples, Mendillo said. “They have given me so much more knowledge that I can take with me through the rest of my performing and athletic careers.”