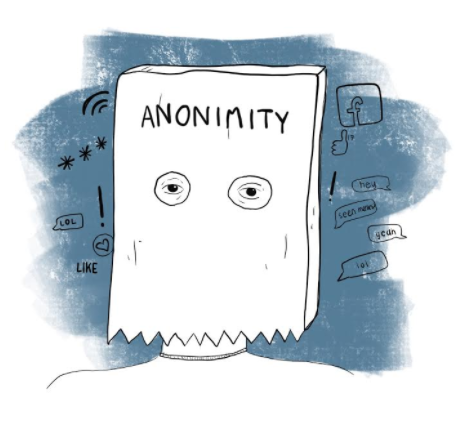 First, we would like to recognize some Inklings’ members’ roles in the “Staples Meme Page,” a Facebook group in which offensive memes were posted. Several Inklings’ members joined the group and most didn’t immediately report it. This was an oversight. Those who did not inform the administration are guilty of being bystanders, and in retrospect, we understand that the page should have been reported sooner.

Perhaps everyone assumed that someone else would disclose it, but ultimately, only one person did. Additionally, few posted condemnations of the memes within the Facebook group. More should have been done.

In his announcement to students and corresponding email to parents, Principal James D’Amico said, “My message to the student body yesterday was simply that all of us need to feel more empowered to be upstanders in the face of hurtful speech toward others.”

While this encouragement to be an upstander is valid, it fails to address the difficulty many students face in weighing whether or not to report an incident. Students often feel they have to weigh their loyalty to classmates with their moral obligation to report misconduct to administration.

Students often feel that if they report an incident it will lead to broad consequences, negatively impacting the entire school.

Idealistic rhetoric simply cannot and will not change the fact that only one out of 300 plus students was willing to reveal the offensive nature of the memes to the administration. Staples must do more to combat the difficult trade-offs students are forced to make when contemplating whether to reveal an incident to the school.

To facilitate a more open dialogue between administrators and students, we believe it is necessary to establish a method for students to disclose incidents anonymously.

Currently, the policy directing students to inform Staples’ faculty of incidents is ambiguous, and the guidelines for when out-of-school actions are punishable school offenses is not clear.

After speaking to the student who did disclose the incident, even she admitted that she was not fully aware of which incidents qualified as school offenses and to whom incidents should be reported.

The hesitation to report the Facebook group was wrong. However, moving forward, a better understood and more trusted reporting policy is necessary if we are ever, as a school, going to successfully combat the bystander effect.

Our board voted 26-2 in favor of this opinion. An alternative opinion is presented on inklingsnews.com.