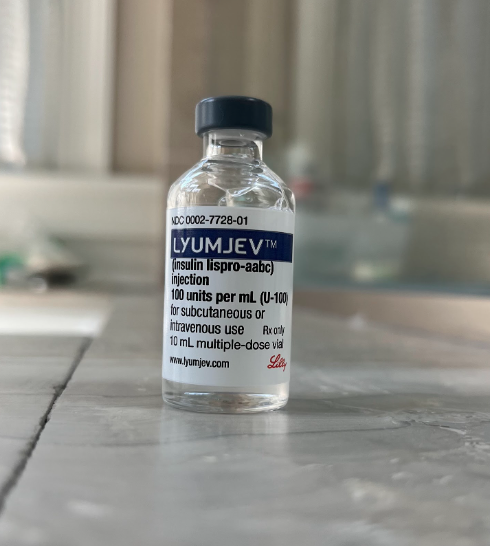 On average, a diabetic uses roughly two to three vials of insulin each month.

Sweating. Shaking. Dizziness. Blurred vision. You check your blood sugar; it is rapidly changing. Panic kicks in. This is when a diabetic needs insulin readily available; however, this is not the case for some people.

A diabetic is somebody whose pancreas produces insufficient amounts of insulin for the body. Within this disease, you are either a type one diabetic or a type two diabetic. Therefore, the body must be regulated by administering insulin. Essentially, insulin is the key for a diabetic to stay alive.

Across the healthcare industry, it is a well known fact that insulin is overpriced. Recently, a study by the Journal of Health Affairs found that after paying for essentials each month, such as food and housing, 40% of a diabetic’s remaining income is spent on insulin for 14% of diabetics.

This financial burden placed on diabetics is why many have to skip doses. This is not a healthy solution: untreated diabetes can lead to heart disease, kidney disease, strokes and diabetic ketoacidosis too. In the long run, Krutika Amin from the Kaiser Family Foundation, stated that unhealthy practices lead to higher costs, for not taking sufficient doses of insulin will result in a hospital visit.

Bringing awareness to this issue, Netflix recently produced a movie whose main character suffers from diabetes, not making enough to pay for her insulin. Publicly raising awareness like this could be the start of lowering the price of insulin.

However, some might justify the price of insulin by stating that other life saving medications like, epipens, prescription drugs and inhalers are expensive too.

But insulin was created with the intention of being accessible. Frederick Banting discovered insulin, but sold the patent for one dollar. In his opinion, doctors should not be able to profit off saving lives, for it isn’t ethical. Banting’s main goal was for all diabetics to be able to afford insulin.

It’s evident: insulin is overpriced and needs to become more accessible. Not only does it institute a financial strain, but diabetics are exposed to serious health risks when they can’t take proper doses of insulin. Similarly, this all goes against why insulin was created for diabetics. Given that 37.3 million Americans need vials of insulin to live, let’s end this struggle immediately.