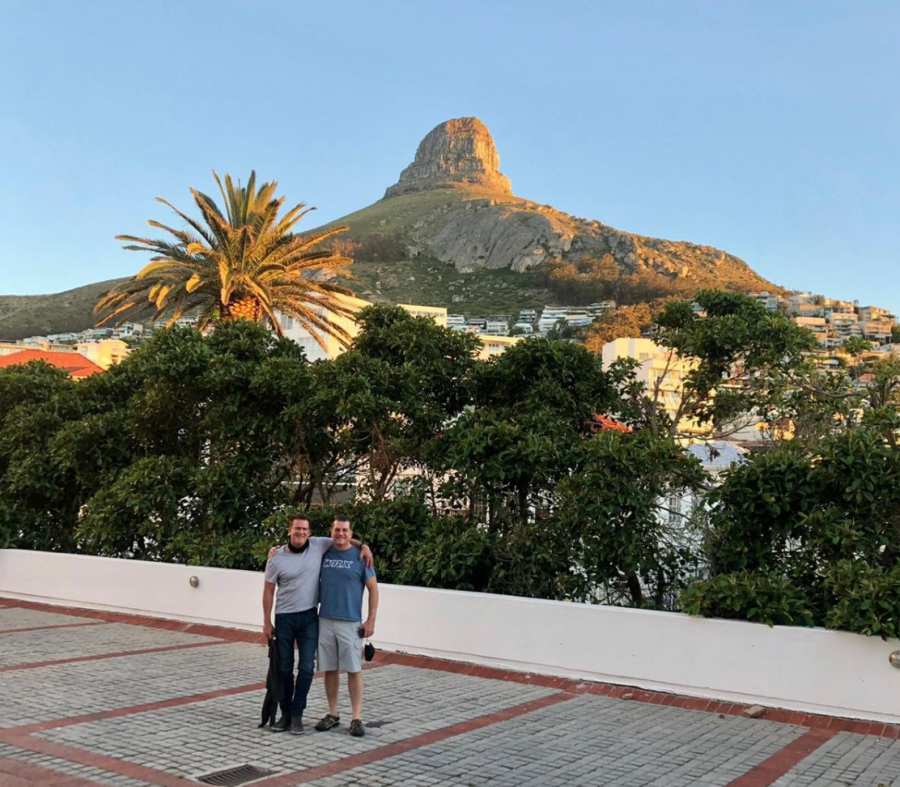 In November 2020, after several weeks of getting paperwork to enter the country, my mom and dad got to visit my grandparents in Cape Town as my grandpa was ill. At this time COVID-19 restrictions were at level one (lowest amounts of restriction).

In May of 2021, I wrote an article about how in March 2020 my extended family (mostly of whom are South African) and I were the first people in Westport to have confirmed COVID-19 cases. It all started when a man who attended a birthday party in Westport, traveled home to South Africa and tested positive for COVID-19. Soon after, local party attendees also began testing positive.

Local media outlets and Facebook groups began coming up with false scenarios causing more havoc during a stressful time. The New York Times and Time Magazine also reported on the event. Many people were quick to blame and point fingers at the South African community.

Currently, South Africa is back in the news now that South African scientists discovered the new COVID-19 variant, Omicron on Nov. 24. As well as the first Omicron case reported in America was from a traveler returning from South Africa. Once again, the news has not been well received by the media, this time on a global scale.

“We also note that new variants have been detected in other countries. Each of those cases have had no recent links with Southern Africa,” The Ministry of International Relations and Cooperation said. “This latest round of travel bans is akin to punishing South Africa for its advanced genomic sequencing and the ability to detect new variants quicker. Excellent science should be applauded and not punished.”

As a child of two South Africans I feel that choices made by governments were made out of fear and not fact. Therefore, countries are unnecessarily placing travel bans on South Africa when the Omicron variant has already begun spreading.

In a statement made by Minister of International Relations and Cooperation, Naledi Pandor states, “Whilst we respect the right of all countries to take the necessary precautionary measures to protect their citizens,” Pandor said. “We need to remember that this pandemic requires collaboration and sharing of expertise.”

The Omicron variant most likely has been in the U.S. before the first detected case on Dec. 1, Doctor Anthony Fauci also believes that it could have been circulating already. Dutch health officials declared on Nov. 30 that the Omicron variant was found in test samples from Nov. 19 and 23, which was before South Africa announced their discovery of the variant. The U.K., EU, U.S. and many other countries placed travel bans prior to this information and other crucial information coming out.

In the local South African community, many feel that South Africa was just stabbed in the back even though  they initially discovered the variant. We have been in this position before and now the blame is back on South Africans. These choices made by governments with lack of information are creating a stigma to the world that South Africa is unsafe while this variant is already in several other countries.

Closing borders will not restrict the new variant spreading as it is nearly impossible to fully stop movement. We can see this by the Omicron variant being discovered more and more in the countries with travel bans on South Africa. 19 U.S. states have detected the Omicron virus according to NPR.