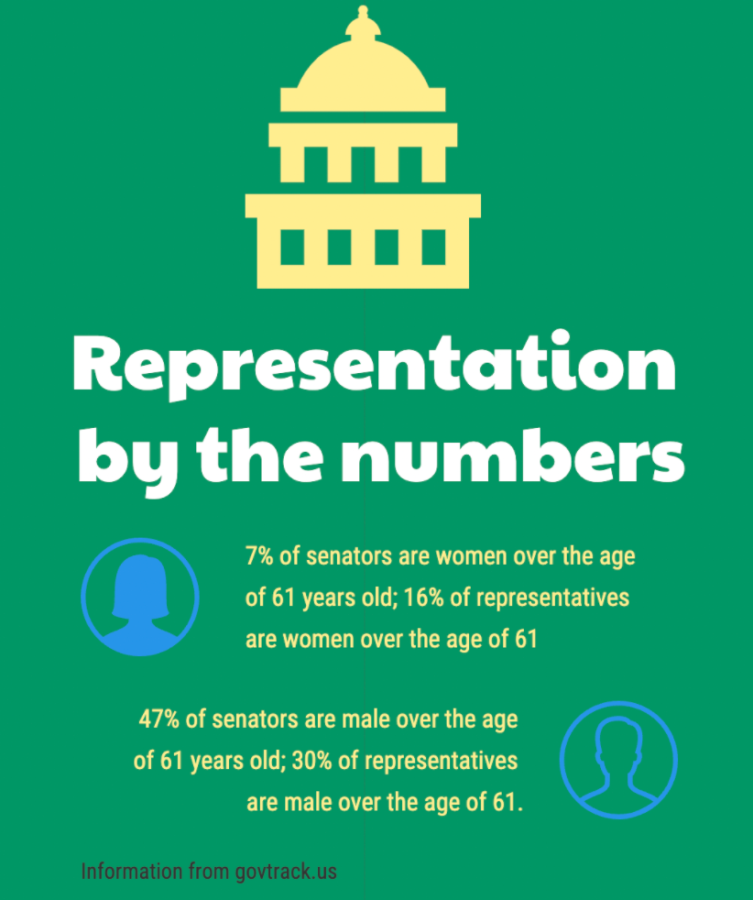 In both chambers of the United States Congress, men over the age of 61 years old make up the majority of delegates.

When scrolling through the comments on Senator Richard Blumenthal’s most recent Instagram post, I am immediately met with a flood of “Anyone else come from that embarrassing video clip?” or “I hope this account isn’t a Finsta.” What sparked the comments you ask? Senator Blumenthal asking “Will you commit to ending finsta?” Finsta is slang for a second more private Instagram account. Not an account created by Facebook or any social media platform; a slang term that a simple Google search could have explained.

While the question itself was asked earnestly with the hopes of exposing social media apps’ harmful influence on mental health, it revealed another truth- our representatives are far too out of touch with our generation. As a young person, prepared to vote in next year’s election cycle, I would like to see more representation from individuals closer to my age. Blumenthal’s comment is simply proof that the gap between voters and their representatives is growing and that our representatives are not truly representing us.

As of October 2021, for example, 55 out of the 100 senators were over the age of 60, five of whom were over 80 years old. The average age has steadily increased throughout the past decade, meaning the majority of our senators- and for that matter, our representatives- are more than 40 years older than our youngest voters.

As our society changes, our values and priorities subsequently evolve as well. Traditional values of family and community have been replaced with a focus on race, gender equality and LGBTQ+ issues. To effectively have legislation reflect these values and topics, we must have individuals that are educated and aware of them.

Instead, the majority of our senators represent a homogeneous thinking. Issues of communication, as expressed through the backpack of Blumenthal’s comment, are bound to arise. And as the generation gap between these delegates has become exceedingly more obvious- we run the risk of missing representation for our younger voters.

While it is important to hold our delegates responsible for any misrepresentation, it is equally important to create this needed change through voting, the most feasible and obvious solution. As our generation steadily approaches the November election, we must think about the issues we hold dear and the individuals most equipped to deal with them. It starts with voting younger representatives into office- those who share our values and beliefs.