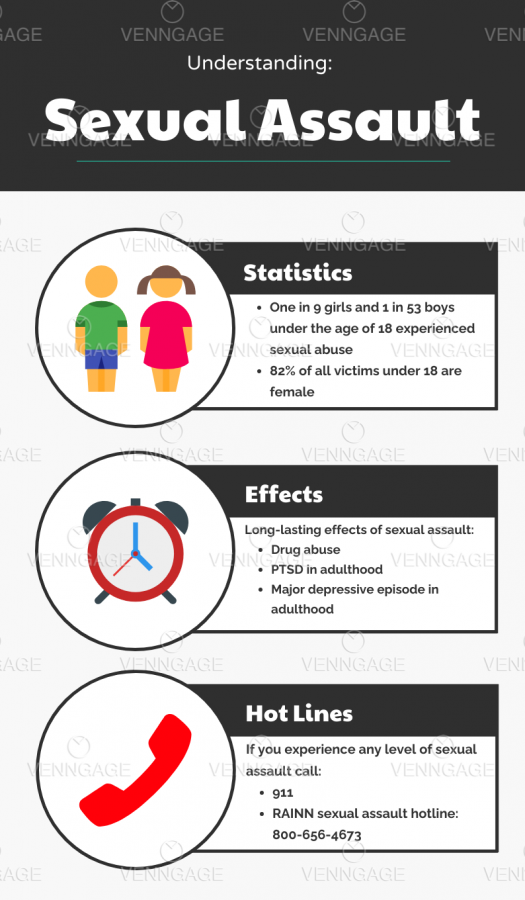 A TikTok video, which has been since taken down, featured six men declaring April 24 as “National Rape Day”. This harmful video only plays down the issue of sexual assault, making victims feel even more uncomfortable and afraid to come forward with their experiences.

A few days ago, I was scrolling endlessly through my TikTok ‘For You’ page, mostly just wasting time before having to leave for school. Nothing really caught my attention until I came across a video warning women of all ages not to go outside on Saturday, April 24. A group of men were christening the day as America’s “National Rape Day”.

While there has been no circulation of the original video, as it has been deleted and banned by TikTok, there is a consensus that the video was of six middle aged men telling users that April 24 was a day where “men can rape or sexually assault women with no repercussions.” Especially in April, America’s National Sexual Assault Awareness month, videos such as these show just how little our society respects survivors of sexual assault and how it actively works to progress America’s thriving rape culture.

In a single 15-second video, this group of men have created a day where even me, a young girl in an affluent, safe town such as Westport, is scared to accept my friend’s offer to go downtown. This video has created an unsafe environment for women all across America and threatens the safety of all citizens. Thus, there must be more done to acknowledge America’s thriving rape culture, or videos such as these will continue to be posted.

As I progress through Staples, I have realized there is little-to-no discussion about sexual assault or rape further than a short unit in health class. Rape and sexual assault are regarded as disgraceful, uncomfortable topics not to be discussed. The stigma against sexual assault needs to end, or we will never be educated enough to make real change for the women of America. By having more open conversations in schools and enabling survivors to have a safe place to talk about their assaults, students will be able to learn more about the sad reality of sexual assault.

Classes that discuss such topics have an opportunity to teach boys and girls about the serious nature of sexual assault and the importance of learning that jokes or videos such as these can further perpetuate the already prevalent sexual assault issues in America.

A video such as this one should have never been created in the first place. It is incredibly disheartening to hear that jokes such as these have actual traction in our society. In the end, we must work proactively to curb the rise of America’s rape culture by doing our part to educate ourselves and others about the reality of sexual assult and rape.