Privilege, above all else, is what got Westport through the pandemic 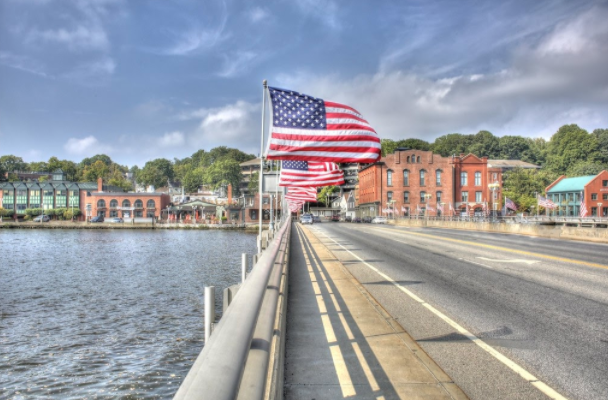 Despite the amount of courage and strength Westport had during the pandemic's worst moments, it was privilege that helped us push through

It would be ignorant to say that Westport hasn’t experienced all-time lows due to the pandemic, but because of how fortunate the town is, we’ve gotten out of the most despairing and glum obstacles COVID-19 could’ve brought. I digress; like the rest of the world, COVID-19 has taken a huge toll on almost every aspect of life, and with the vaccine being widely distributed, many have high hopes for a sense of normalcy in the near future.

As the pandemic’s spread begins to slow down, I can’t help but realize how privileged, as a town, we were when it came to the pandemic. Of course, we also experienced the lockdown that took a hit on not only schools but businesses and jobs as well. For almost a year, students weren’t allowed to go to school, nor see their friends, due to how rapidly the pandemic was spreading in early March. The number of people who’ve gotten sick, and even died from the virus is colossal. In Fairfield County alone, almost 97,000 people reportedly have had COVID-19, with nearly 2,150 deaths.

Connecticut undergoes a bunch of stereotypes by other states, specifically, that everyone who lives in the South-West side of the state is rich, snobby, and spoiled. One thing that separates our town from others, and even from other states, is that most people do not rely on public transportation as a mode of travel. However, in our neighboring state, New York, extreme changes were put into place for public transportation. As many New Yorkers depend on public transportation to meet their busy lifestyles, the virus has been able to spread more efficiently via lack of social distancing in crowded train cars or buses. So in turn, Westport never had to experience the risks that public transportation obtained. Instead, most people are fortunate enough to have the luxury of being able to walk to places or get driven by people we know, which minimizes exposure.

In addition, many well-off Westporters were given the luxury to transition into working from home when the pandemic really hit. While work, for all, has been extremely difficult and stressful, being able to work from home, knowing that jobs were not at stake, took the weight off many family’s shoulders. In addition, these well-off Westport families didn’t have to worry about losing money, getting food on the table, paying rent, etc. Given that Westport is considered one of the wealthier towns in the state, families were able to stay afloat with living expenses and so forth. However, that wasn’t the case for others. In June 2020, an estimated 17.9 million Americans had lost their jobs. Even some who hadn’t lost their jobs had to risk exposure during the height of the pandemic to make income for their families. Some families were struggling as the pandemic hit, while many Westport families were able to live at peace, with just a few changes in their lifestyle.

Focusing on change, not all Westporters seemed phased by the pandemic, which really emphasizes the privilege we have. While Westporters were eager to stay socially distant at first, after a few months, teens went back to hanging out with their friends without wearing masks. People still threw lavish birthday parties, celebrated holidays with family, went on vacation, and participated in their daily activities. For example, after Thanksgiving break had ended, cases surged. This was because many families, instead of staying home, decided to travel. The same happened for December break, as well. I think that was my biggest takeaway when it came to the pandemic was that above all else, so many people value their own sense of normalcy and enjoyment over the safety of others.

While we’ve all faced horrible lows due to the pandemic, as everyone else did, living in the ‘Westport bubble’ brought to light how different we are as a town compared to others. Everyone is always so caught up in the pessimistic side of life and no one tends to take a step back to realize how fortunate we really were.