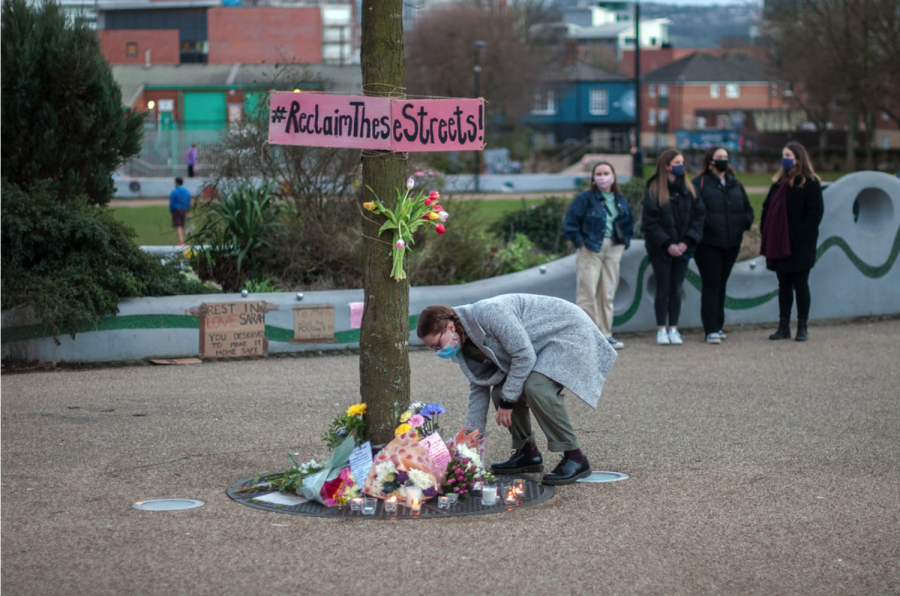 Women from all over England mourned for Sarah Everard. The vigil they organized to represent women’s rights was not approved by the police in England, while a gathering to celebrate a soccer match was.

As a woman, I have been told my whole life to be aware: to not walk alone at night, to hold keys with the sharp edge out, to make sure my clothing isn’t easy to grab, to enter and exit my car immediately, to avoid eye-contact with strangers, to hold my drink and food close and to never, ever appear vulnerable. But how can this be avoided when violence against women is so frequent that everywhere is dangerous?

The answer is it can’t, and the more that women, instead of men, are encouraged to make changes in order to prevent attacks, the less that men are held accountable for their actions. It is not our job to clean up the mess made by sexism when we have been oppressed for so long.

Sarah Everard was killed on March 3, around Clapham, London. Police officer Wayne Couzens has been charged for her kidnapping and murder thus far.

Everard’s murder, like many other’s, occured despite her actively taking the proper precautions. She walked in the light of the streetlamps, with security cameras, while on the phone with her boyfriend at 9 p.m. Nevertheless, she died a victim to violence against women.

Staples’ girls use social media platforms like TikTok and Instagram to inform each other on self-defense tactics. I have watched these tutorials and now  periodically check my surroundings when I am alone anywhere, make sure I have a charged phone on hand at all times.

Anxiety is part of being a woman. Becoming knowledgeable in areas of self-defense and security can be helpful, but the solution to violence against women should not rest on the women. The men and boys must be taught. Through not addressing how men contribute to the continued violence against women, the victim is ultimately blamed.

According to the United Nations, “every 5 minutes a girl dies as a result of violence.” This violence against women must end, it is only through addressing the sexism held by men, that true change can be created.