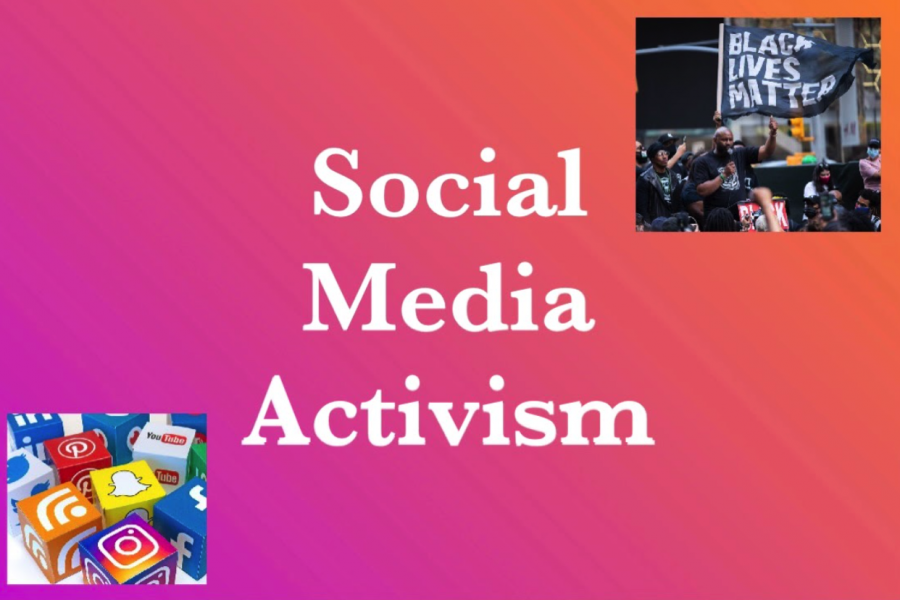 The new method of raising awareness for social and political issues, “social media activism” started to rise in popularity around May of 2020.

Take yourself back to June 2, 2020. You open your Instagram app, and as you scroll, it seems to be an endless array of black squares. You realize that it is #BlackoutTuesday, so you also post a Black square in solidarity with the Black Lives Matter movement. It’s another example of well-intentioned but ineffective “social media activism.”

While social media activism had the means to exist ever since these platforms began gaining popularity, the wave of this form of “activism” really began around May and June of 2020, after the death of George Floyd, a Black man, at the hands of the police. It prompted many people to speak out about the prevalent issue of police brutality in our country, and since then, more influencers as well as “regular” people started using their social media accounts to advocate, not just against racism, but a variety of other issues as well. That activism sparked a lot of positive change and even rallied people together for Black Lives Matter protests.

This so-called “activism” is not what one would normally think of when they hear this word. It’s a more unconventional way of fighting injustices on a personal and community-based level by using social media and nice-looking infographics. This method of speaking out about politics and social injustices is a way to have complex information and current events at our fingertips, instead of having to go to an original news source.

Although “social media activism” does get more people involved in caring about the world’s issues, a lot of it can be shallow and performative.

It is so easy for an Instagram or other media user to “like” the infographic they see on everyone’s stories, not even look through it and blindly repost it on their stories. This wouldn’t be so bad if the motive wasn’t often the need not to look racist, homophobic or insensitive.

It seems that many people who use their social media accounts to “advocate” for issues only really do it when a major event happens, they see other people posting about it, and they don’t want people to think they don’t care. So instead of actually reading upon the issue, writing a meaningful message about what is happening, or signing petitions and donating to organizations, they just post an Instagram infographic to protect their reputation and leave.

Of course, there is nothing wrong with reposting an infographic on your social media account. It’s a digestible way to learn information about a particular problem and educate yourself, however if all you’re doing is reposting something without taking any other action to combat the problem, that makes the action nearly useless and extremely shallow and image-oriented.

I know multiple people who have said they don’t care about politics or social issues in real life conversations, yet still spam-post infographics on their social media stories. This proves that “social media activism” can sometimes be superficial and not very impactful.

Additionally, the influx of information that has come along with the social media activism has the potential to be desensitizing, or so rapid that it causes people to stop paying any attention. If someone is posting infographic after infographic and spamming their social media accounts, whether it’s serious or just performative, it may discourage people who don’t know much about a particular issue. Eventually, seeing the same information repeated on everybody’s account, or possibly a triggering video of the event that transpired, will cause them to lose interest in the issue.

Although the “social media activism” movement isn’t as strong as it used to be among teens in particular, it is still being used to raise awareness about issues like sexual assault, hate towards Asian-Americans in the midst of COVID-19 and income inequality. It consistently has had the ability to create positive change in our society, and in many cases, it has.

Therefore, every action that is taken as “social media activism” needs to be meaningful and genuine. When social media is used to combat injustice and raise awareness for issues in an effective and authentic way, it can be truly inspiring and change-making. That is why I don’t think poorly of the concept of a whole, because of the awareness and change that it has the potential to create. But if our community of social media users as a whole don’t post with caution and deep thought, our activism won’t actually help fuel the change that our society desperately needs.