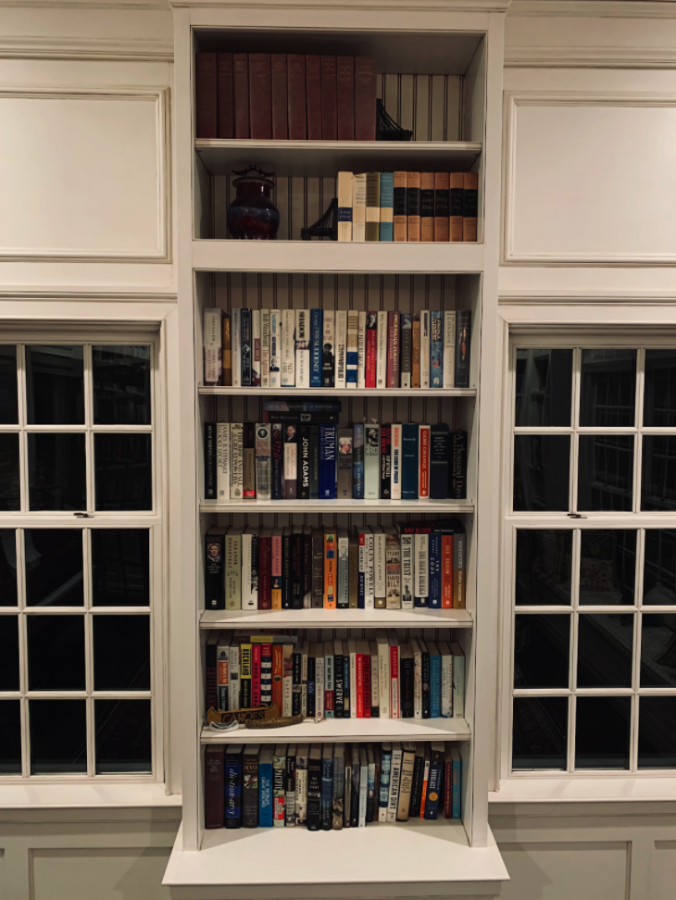 For those who do not have a readily available selection of books at home, libraries are the best place to start. Not only do they offer books on virtually any subject imaginable -- including Westport’s own downtown public library -- but libraries create the perfect peaceful environment to dig into nonfiction or get lost in a magical storyline. Besides, removing environmental factors that shutter a teenager from reading is the first step in opening the heart to books.

For as long as I can remember, my family has loved books. Oh, how I would look forward to curling up with a fantasy tale that transported me through kingdoms and across vast oceans, or a striking World War II novel that caused my stomach to twist into knots. How euphoric it felt to walk out of Barnes and Noble with seven, eight, nine new books stuffed with mystery, emotion, suspense, humor and wisdom.

Only after reconnecting with my longtime love for fiction over the February break did I make a harrowing realization. I had almost completely stopped reading. As I adjusted to high school during my freshman year, I made the excuse that I was far too busy with other aspects of my life to devote time to the hobby I had once treasured. Even still, I was confounded when a number of my friends admitted that they had watched iconic films like “Harry Potter” and “Percy Jackson,” but had never bothered to open the books.

A 2018 study from the American Psychological Association found the number of U.S. teenagers who hadn’t read in the past year to have tripled from its figure in the 1970s. In an overstimulated community, now more than ever, we must reintroduce teenagers to the ecstasy of a good book.

We’ve all heard our parents and teachers beseech us to read, oftentimes in the interest of brain development and literacy skills. “I’ll get to it,” we say absentmindedly. “I have this one book right on my desk.” Already, we’ve started to launch Netflix to rewatch “Gilmore Girls” for the ninth time while scrolling through a litany of Pinterest boards to keep ourselves busy during the show.

More so than mainstream television, the abyss of social media is a main distraction from myriad tasks for today’s teenagers. The Washington Post recorded that teenagers average seven hours and 22 minutes of daily screen time, not including time spent on screens for academic purposes. On top of that, the results of a study measuring trends in teenagers’ media use from 1976 to 2016 led one of its authors to write that the rapid jumping between different digital activities will make it significantly harder for an adolescent to maintain focus for even five pages of an 800-page textbook.

What teens do not realize is that this same infatuation, this sense of befuddlement after realizing it has been hours since you last raised your eyes from the television screen, is infinitely more satisfying with a book. Language and imagery, drilled into our mental tool boxes by English teacher after English teacher, can invoke profound emotion, from giddy elation to benumbing grief. It is this emotion that we teenagers so crave in our entertainment outlets.

Of course, the portrayal of Katniss Everdeen’s District 12 in the live action “Hunger Games” is sure to send a chill down anybody’s spine. But what intricacies did our untrained eyes miss? What thoughts may have been swirling and leaping in Miss Everdeen’s head during those groundbreaking moments at the first reaping? A book can add important grace notes and several more layers of understanding and depth to a situation.

In her award-winning book, “Words Are My Matter,” celebrated author Ursula K. Le Guin wrote, “In America the imagination is generally looked on as something that might be useful when the TV is out of order.”

The host of images and videos that social media and television programs produce do our creative thinking for us. As consumers, we watch dutifully to see how events transpire. As Le Guin alluded to, this cycle hampers imaginative thought and organic idea making.

The storytelling in books fosters creativity by leading readers to fabricate images of the plot in their own imaginations. That is the beauty of a book. One can take creative liberties to imagine the story in their own unique way, a satisfaction that cannot be derived from television, which implants a single version of a story in the imagination.

Even today, it is rare to enter a room in my house and find anything less than a stack of books bedecking the furniture. Each one holds a story, a little world to which I can escape and let my imagination create skyscrapers, glittering oceans and grassy fields. Though it may seem impossible in the logistical blur of our day-to-day lives, teenagers can only benefit from opening their hearts to books.