Stop counting calories, your mental health will thank you later 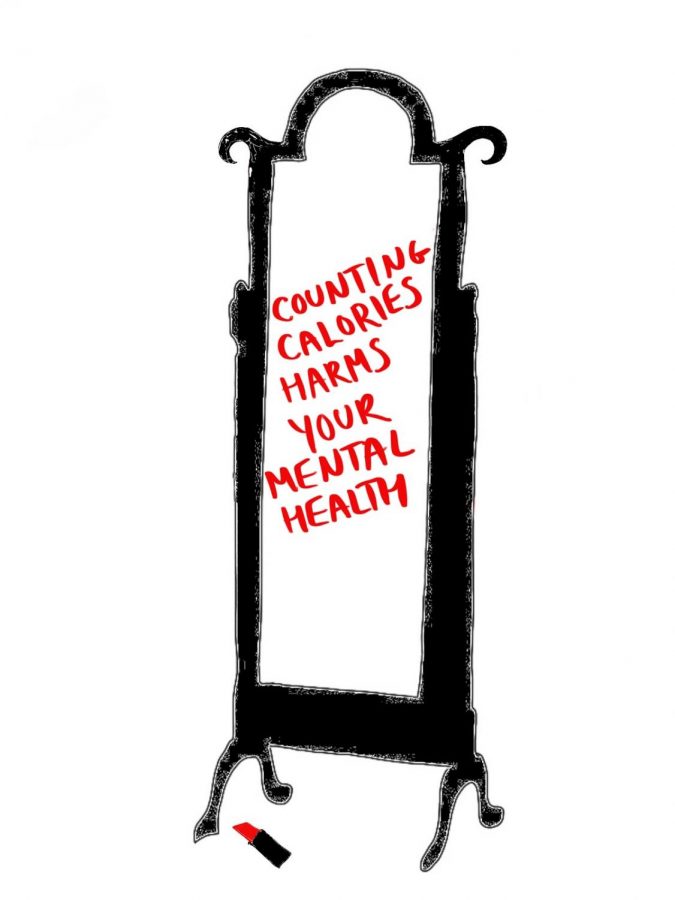 This week, hundreds of monuments and buildings around the country glow blue and green, National Eating Disorder Association (NEDA)’s trademark colors, in honor of NEDA week. As Co-President of Reshaping Reality, a club designated to promote positive body image among young people, I wouldn’t be doing my job if I didn’t bring light to a serious issue within our community that seems to be invisible: the promotion of calorie counting in health classes.

A freshman in my club recently mentioned that in her health class students were required to download an app that records everything they eat in a day, which then calculates their caloric intake. Having personally struggled with such apps in middle school, this was immediately a concern of mine.

Eating disorders, particularly anorexia nervosa, have the highest death rate among all mental disorders. Calorie counting is a massive part of eating disorder culture, and many members of our club have been forbidden by nutritionists to take part in any sort of act. Calorie counting, obsessive in its nature, can additionally act as a gateway to disordered eating in individuals that have never partaken in such behavior before.

Another reason why this was concerning to me, and the main reason why I am writing this article, is because this is not the first time the Staples Health Department has had students complete such assignments. During my freshman year, a similar calorie counting activity was a part of the health curriculum, and Carrie Everett ’21, a member of our club, reached out to explain its negative effects. As a result, the activity was shut down temporarily, and I was under the impression it was gone for good, until this year.

It is important to acknowledge that it is crucial to eat balanced meals for both the physical and mental health of growing teenagers, but it is obsessive and unhealthy to monitor the portion sizes and calories to a tee. In the Healthy and Balanced Living Curriculum Framework of the Connecticut State Department of Education (CSDE), educators are merely required to “describe the importance of eating a variety of appropriate foods to meet nutrient requirements that align with individual needs (caloric output).” Having said this, there is no requirement in the document for students to engage in personalised activities measuring caloric input. Having students use an app is by no means required by the state of Connecticut, and even though students have asked for it to be removed, it still exists in the curriculum.

To provide a solution, this assignment should be modified to leave out numbers and portions, and to focus instead on consuming all food groups and the importance of eating intuitively. This change would make Staples more of an inclusive, nurturing environment for all students.