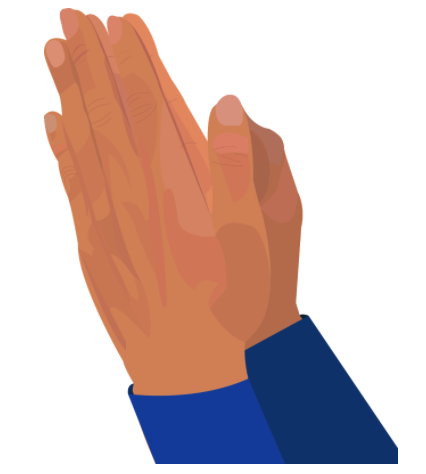 It’s important to learn about religion because it can have many great benefits in your life, like making you a more informed and well rounded person.

Everyone in America knows about Christmas. Most of us know that it is a celebration of the Nativity of Jesus Christ, who Christians believe is the Son of God. This faith is shared by a group of over one billion that constitutes the world’s largest religion. And yet, many people don’t know much about why Jesus came to earth, or what he did while he was here.

Before I begin my argument, I want to convey the universality of my message in this article. I am an Eastern Orthodox Christian, but I don’t criticize people for having different religious beliefs. If you are a member of a different Christian denomination, believe another faith entirely or even deny the existence of any god, that’s perfectly fine. I respect your right to these beliefs, even if I don’t share them.

Religion plays an important role in my personal identity; I’m almost never silent when the topic appears in conversation. Too many times, when faith arises in discussions with peers, they confess to being apathetic. My friends often tell me they haven’t given much thought to religion, they don’t know a lot on the subject or that they don’t particularly care about it. This mentality is unwise. Everyone should make an active effort to learn about both their own religion (if they are religious) as well as other faiths.

Religions offer answers to the universe’s greatest fundamental questions: morality, mortality, the meaning of life, the creation of the world and human nature. It behooves a person who wants to be informed and educated to try to weigh as many different viewpoints as possible on these topics.

Furthermore, religion is one of the most influential themes of the world. Faiths, their impact and the conflicts between them have shaped the history of humanity perhaps more than any other aspect of society. Learning about the way religion has shaped the world provides a critical lens through which we can view history, society and humanity.

To this day, there exists global bigotry, violence and hatred that stems from religious tension. A lack of understanding or dialogue between leaders and members of different faiths directly causes this unacceptable behavior. If we all learn about religions that we don’t belong to, we can understand the viewpoint of others and are better equipped to create a more peaceful world.

And, there always exists the possibility that, through your learning about religion, you find a faith that you love and want to join. You have nothing to lose, and everything to gain, by seeking.

There is undeniable benefit to learning about religion, even as an atheist. And if you already are religious, try to invest yourself more in your faith, and make an effort to learn about other faiths. Your everlasting existence could be, and I believe, is, at stake.