Media’s influence on an impressionable generation impacts our well-being 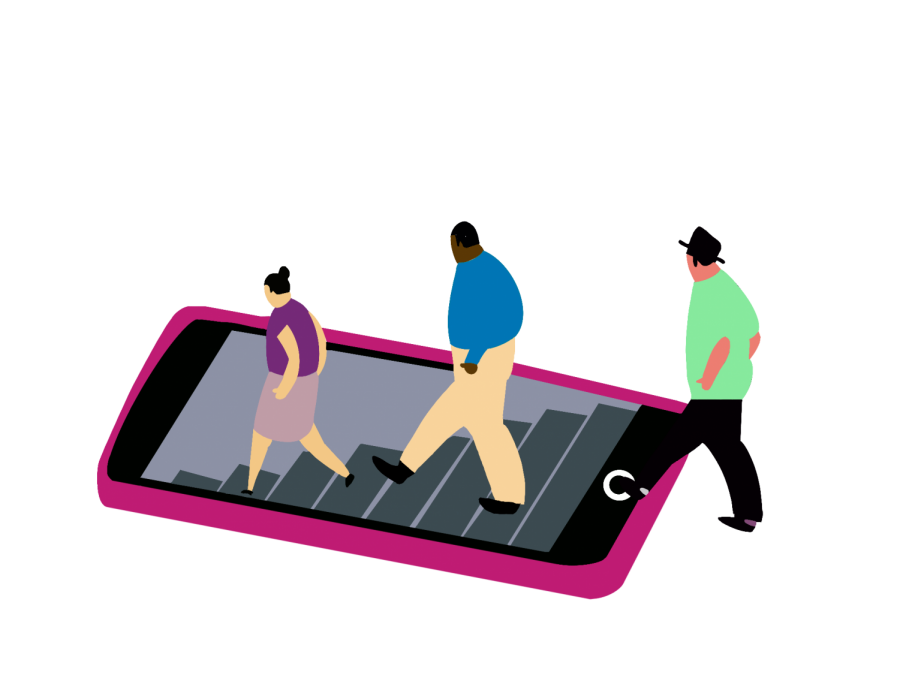 Social media has become a integral part of everyones daily lives, influencing us in both a positive and negative way.

Social media and the internet are utilities that have been available for our generation for as long as we can remember. This includes appliances like phones, televisions and computers, but also apps that track you, style you, help you keep up with your friends’ lives and even apps that can help you find love in this crazy, modern world. In addition to these apps, there are websites online that constantly update us with the latest news, trends, weather and more every hour of the day.

Growing up with the internet and such applications at our disposal, our generation has become overly dependent and influenced by the media. Though the media’s influence on our opinions may not appear to be harmful, the impact social media has in regard to us making choices — most of which are based on trends — is detrimental to our sense of self.

For example, our dietary choices are critically influenced by the media. Whether it comes from influencers telling us to try a crazy diet to lose weight in 10 days or magazines advertising a specific body type as a “trend,” these dangerous ideas are being delivered to us every day. Even though this toxicity may go unnoticed, we are subconsciously influenced by its power.

Unfortunately, the truth is that I, too, have fallen victim to one of these crude trends on social media. Last year, I tried going vegan because of all of the influencer blogs that argued  veganism was a healthier option and posed an overall better lifestyle. This “phase,” as my mom called it, lasted about a month until I was told that I needed certain nutrients that came from specific animal products, and unless I find a way to replace them, the diet could be hazardous to my long-term health.

This experience opened my eyes to how social media can blind-side people from the logistics, or rather the lack thereof, behind certain dieting trends. Turning to veganism in order to become thinner without knowing the side effects of the absence of animal products displays the subconscious harmful side social media can have on a person.

Not only can social media be destructive in influencing our opinions, but it can also pressure teenagers to conform to unreasonable standards in order to feel accepted by society. Because trends can blow up so quickly, teens feel obligated to follow them as quickly as possible just to fit in. The media’s influence on our clothing choices is an example of something that doesn’t sound harmful in itself, but in reality, it can actually have a great effect on our self-esteem.

When I first moved to America from Brazil, I noticed that in order to fit in, Brandy Melville crop tops were essential. Both in school and on social media, girls would display their “Brandy” outfits which pressured me into making a significant change in my wardrobe. I instantly purchased an exorbitant amount of Brandy Melville products just so I could conform to the standard style of American girls at my new school.

All my social media posts from that point on were pictures of me wearing Brandy Melville and looking as basic as I could in order to become accepted. As I approached high school, I realized I had lost all of my own personal style and eventually decided that it was time to revisit my true self and embrace who I am as an individual.

The last thing teenage girls want is to be teased or singled out because their clothing choice is not like everyone else’s. Girls, including myself, especially feel that they need to incorporate clothing trends into their lives to fit in, regardless of their own preferences or personal styles.

Even though it is almost impossible to escape the wrath of the media’s influence these days, we as a society should strive to be more aware of both the negative and positive effects it has on us. We must keep track of what trends are worth following and which aren’t, because at the end of the day, our values and what we believe in should be the most important factor in our decision making.