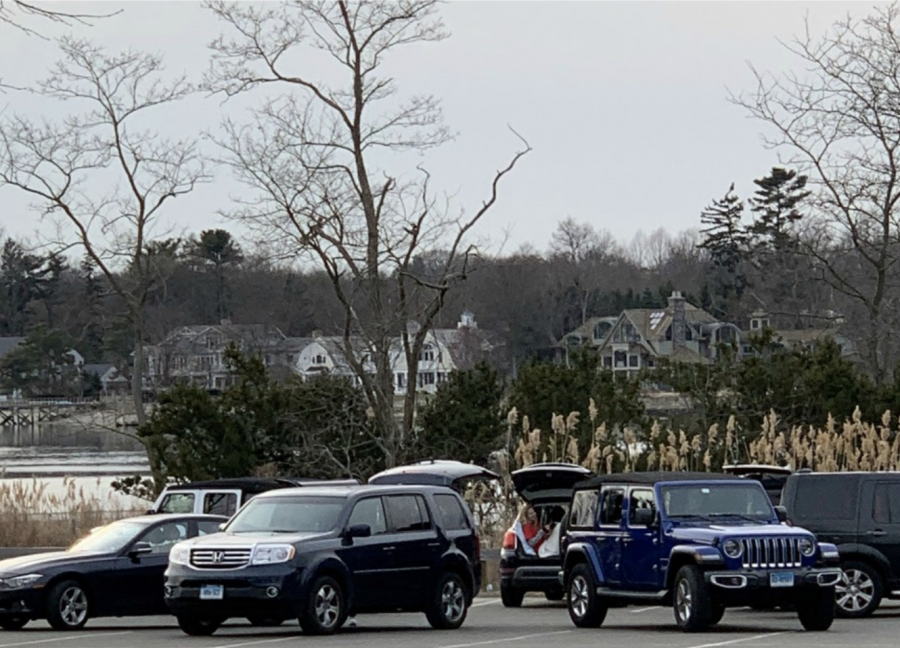 Photos such as this one, published on Westport’s 06880 blog, have circulated on local platforms and social media groups, garnering mixed reactions. Some comments criticize students for leaving the house, while others commend their creativity.

As the Westport community concludes its first few weeks grappling with the COVID-19 pandemic, we have witnessed both productive community efforts and difficulty following the social distancing and quarantine protocol.

We would like to commend the efforts of much of the Westport community; many have practiced safe social distancing and self-isolation in an attempt to control the virus. Staples High School has efficiently provided for an online curriculum prioritizing our community’s health and local officials have responded to the disease’s spread by closing public areas and local businesses.

Despite these efforts, the gathering of people in public areas including Compo Beach demonstrates a lack of understanding of the prevalence and imminence of this issue. The Westport population must take this virus and ensuing regulations seriously, in order to best protect fellow residents.

Some community members, including students from Staples High School, have been photographed for local platforms including Westport Front Porch for gathering in public locations.

As recently as March 26, photographs of teenagers gathering at Longshore beach to practice social distancing from their cars gave rise to mixed reactions; some comments criticized parents for letting their children leave the house and others commended the students’ commitment to the recommended procedures.

Other photographs of teenagers practicing social distancing have been posted on Dan Woog’s 06880 blog, where a much more positive response encourages the continuation of safe practices.

While we hope that Westport residents can both practice and encourage dedicated self-isolation and quarantine when necessary, such public ridicule cultivates a hostile environment and adds to the negativity surrounding the virus.

During these troubling times, it is important to advocate and encourage safe practices rather than target those who do not follow these safety recommendations. We hope to see the future weeks filled with positivity, rather than the hostility and ridicule currently present within these platforms.

The editorial board voted unanimously in favor of this editorial.