Movement to ban racist mascots will satisfy in the upcoming future 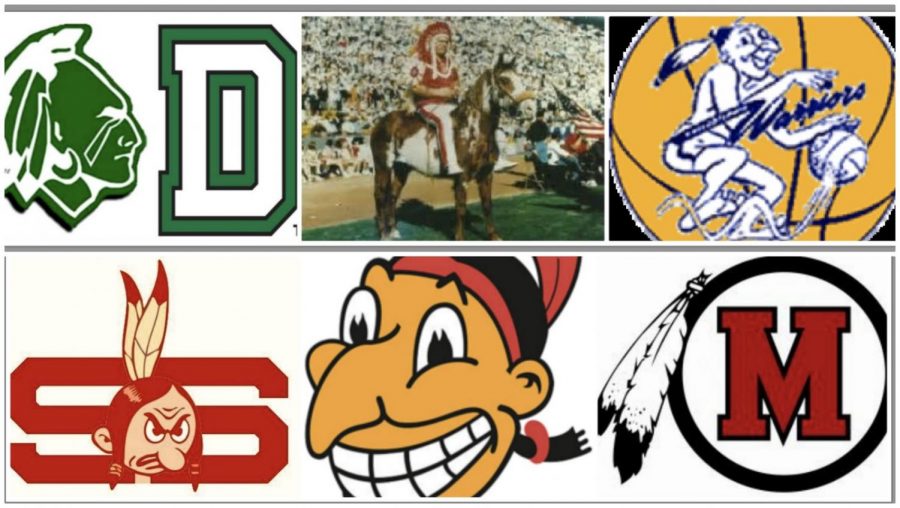 Countless organizations, including Dartmouth College, Stanford University, the Kansas City Chiefs, Clevland Indians, Golden State Warriors and Manchester High School have changed their outright derogatory mascots shown here. Each mascot has been changed into things with no offense to any specific ethnic group.

Dartmouth College, The Chiefs, Stanford University, Golden-State Warriors, and Manchester High School. What do each of these have in common? Each of these sports teams, colleges, and high schools have rightfully altered their team names and mascots to be politically correct. In the type of society that we live in today, this is essential.

This summer, the Killingly High School Board of Education voted to change their team name, the “Redmen,” a derogatory phrase to name Native Americans, to the “Red Hawks.” This sparked the utmost controversy, as a handful of people in the town believed it to be “breaking tradition.” Earlier this month, the school board voted in favor of changing the name back to the racist term. Just as many national sports teams have changed their names and mascots, this town should have kept the non-racist name. Changing it back to “Redmen” was outright disrespectful to Native Americans, who have long protested offensive team names.

All of this controversy going on in Killingly sparked the attention of Connecticut state lawmakers, who have decided to take matters into their own hands, and consider legislation to ban Native American nicknames and logos at public high schools. While I do believe this is the best way of solving this dispute, rather than leaving it up to the town, I also question some things. How far will this legislation be taken? Is the mascot of a white man considered racist? Is a mascot a man rather than a woman misrepresenting a school?
Even here at Staples, our school community has questioned if a white, male construction worker is “politically correct.” It has been questioned whether the mascot of the Dallas Cowboys’: “Rowdy,” is racist, since it is just a white man.

Yes, mascots of a derogatory and offensive manner, are outdated and should be removed. However, I think that within lawmaking and voting on mascots, there is a very fine line between politically incorrect and the hypersensitivity that this society fosters.