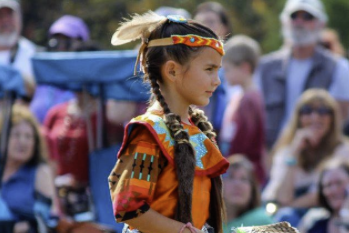 Native Americans deserve to be celebrated in the most effective way possible, as the long past of Indigenous People continue through this day.

On Monday, Oct. 13, Staples students envied their friends in different school systems who could sleep in for National Indigeous Peoples’ Day while they were in math class. Formerly known as Columbus Day, the holiday is celebrated throughout the country to commemorate Native Americans. However, whether or not this calls for a day off of school has been a debated topic.

Because it is important to commemorate the Native Americans, schools should not provide a wasteful day off to honor Indigenous Peoples’ Day, but rather use the day to educate students in school about Native Americans.

It might be nice to think that on a student’s day off, they are commemorating the Indigenous people, however, one must face the harsh reality that most students would not be doing anything out of the ordinary on this day if they were to have the day off school. Many students would sleep in, or maybe go to a friends’ house.

A much more effective way to honor the Indigenous People would be to educate students during the school day on what the Indigneous People did, why they should be celebrated and what exactly the holiday calls for.

Furthermore, Staples High School cannot take the day off of school for National Indigenous Peoples’ Day because of the amount of days Staples takes off for Jewish holidays; including unplanned days of observance interfere with the school calendar.

Some people may argue that if Staples gets Jewish holidays off, it should absolutely get Indigenous Peoples’ day off, since one culture should not be valued over another.  However, if people are worried about Native Americans not getting the respect that they deserve, a much better place to salute their accomplishments would be in a classroom, rather than in a bed.

It is important to praise the Indigneous People for what they did and their contributions to America’s future success. They pushed through tragedy, and contributed an immeasurable amount to American society. They have a rich culture and past that should be learned about.

The holiday should be celebrated in the best way possible, which is in the classroom reflecting on the Indigenous Peoples’ experiences. Students should go to school not in spite of National Indigenous Peoples’ Day, but in order to learn about the Native American’s colossal impact on the future of the United States and the significance of the holiday.