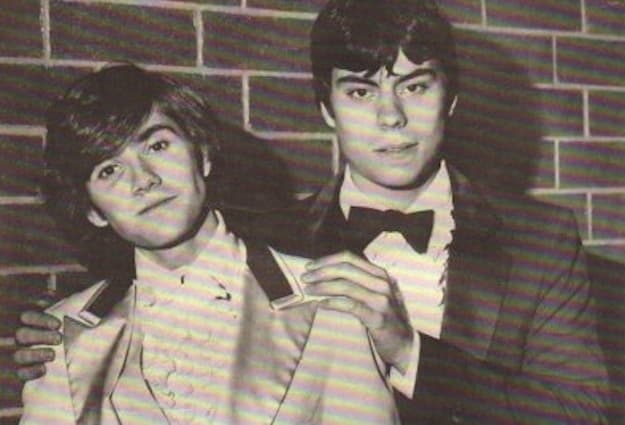 The couple who fought in Aaron Fricke vs. Richard B. Lynch poses before a dance. The Rhode Island court case ruled that same-sex couples can take their partners to school dances.

For junior girls, the beginning of the year signifies the beginning of an age-old tradition: attending the County’s Assembly Annual Charity Ball, commonly referred to as “Counties.”  For the first few months as an upperclassmen, all minds are focused on choosing a date, buying a dress and preparing for the night in January.

Picking the perfect date is vital to making the dance a positive experience. Whether it’s a close friend or a potential suitor, finding an escort that is right for you can make or break the night. But for gay men in Fairfield County, this is not an option because males are not able to buy tickets and bring an escort of their choosing.

In order to have a dance that is fully inclusive and enjoyable to everyone, the County Assembly should allow for gay couples to register.

Counties could be likened to a Sadie Hawkins Dance, where a female asks an escort to the ball. The girl can ask whomever she pleases, whether it is a male or, more recently, a female. A male, however, cannot register to buy tickets to bring an escort. This means that gay male couples cannot purchase tickets because there are no females under which to register the ticket. The website for the dance specifies that ticket purchases are “for junior girls” only.

While I commend the assembly for its attempt to empower women, barring men from bringing another male date defeats the purpose of the acceptance that the dance is trying to promote.

In high school, being told that you are not allowed to register to an event because you are not a traditional couple can be devastating to anyone. As a country, we are moving away from the negative stigma around homosexual couples, but when it comes to this dance, the overt exclusion seems regressive. Something as simple as a dance should be open to anyone, regardless of sexual preference.

It makes sense that males should be able to take male escorts because females are allowed to take female escorts. Allowing all same sex couples to bring the date of their choice is only fair.

While Connecticut isn’t under this Rhode Island jurisdiction, it is still important to think about when considering whether gay men should have equal opportunity at school dances.

Although it is admirable that there is a furtherance of women taking charge and asking their escort to a dance, equality is still a necessity. In order to make the dance 100 percent accepting, male couples should be allowed the same rights as the other couples. Female empowerment doesn’t need to infringe upon the rights of others; the two can coexist.