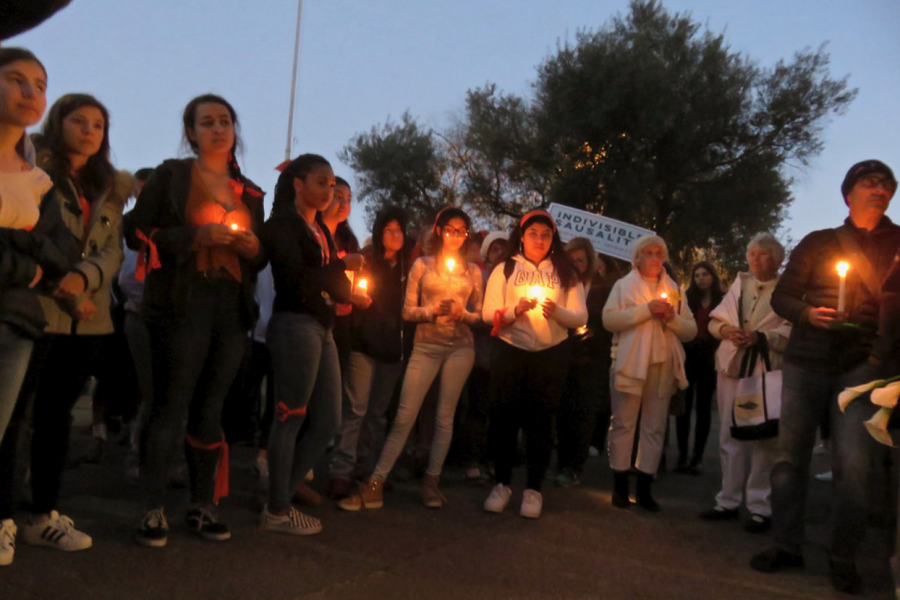 The murder of 17 students and faculty members at a high school in Parkland, Florida on Valentine’s Day marked the 18th mass shooting in the United States this year.

However, the crisis remains unresolved.

As a high school journalist, the heartbreak, fear and frustration that results from the constant mass shootings in our nation are unbearable. The fact that we have grown accustomed to such devastation is crushing.

However, deaths resulting from gun violence are preventable; it’s time for politicians to offer more than “thoughts and prayers.”

Terrorists, the mentally unstable and other dangerous persons should not be allowed to buy deadly weapons. That is why 90 percent of Americans support background checks.

Despite the horrific events of the Florida shooting, Donald Trump and other Republican politicians have continued to accept donations from the National Rifle Association (NRA), an organization that is working to make deadly assault weapons easily accessible to the public.

It seems illogical that this small group values protecting guns over protecting kids. There is no reason to continue to allow preventable deaths to ravage our nation.

How many deaths will it take for our nation to realize that the senseless killing must end? How many of our loved ones will be shot before we put an end to this madness? Now is the time to act.

To end gun violence, constituents must vote for political candidates who support sensible gun control legislation. Organizations such as Everytown for Gun Safety and the Brady Campaign can help individuals identify senators and representatives to contact and provide a script to help guide conversation and requests.

This time, when we say “never again,” let’s act on it.