Taylor Swift is back…Ready For It? 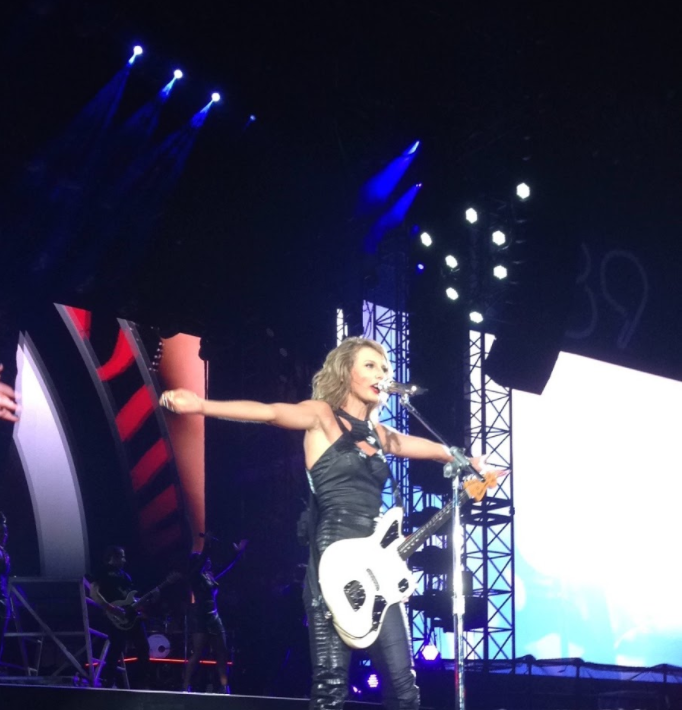 The long awaited return of Taylor Swift has finally arrived, and it happened fast. Given the fact that it has been almost three years since Swift released any new music, and roughly a year since she has really been out in public, the pop sensation has made a rather abrupt comeback.
As of Aug. 24, she officially reentered the world of music. Swift dropped her lead single “Look What You Made Me Do,” and it rose to number one on several streaming services in just a matter of hours.

Just over a week later, Swift dropped her second single “…Ready For It” and that quickly leaped to number one as well. It is impossible to deny the success of both songs, but fans and even the general public couldn’t help but notice the dramatic change in her music.

I have been listening to Swift’s music since I was eight, and after waiting up until midnight for the release of her first song, I was stunned by what I heard. The song was dark, haunting and above all, it made perfectly clear that the “old Taylor,” as in the person her fans have know up until this point, who I loved by the way, was dead.

I struggled to grasp this for a few days, but after her “Look What You Made Me Do” music video was released, suddenly it all made sense.

Including references to a fight with Katy Perry, the Kanye West debacle and her sexual assault trial, it was clear that Swift was drawing attention to the low points of the past few years in her career. She was the victim of quite a bit of backlash. Despite her lack of music in the past few years, she has been anything but not talked about, as the media has portrayed her in a fairly negative light.

Her new music and songs were her way of acknowledging all of the hate she has received. Through her new releases, she reveals that she is not only aware of what the public and media say about her, but beyond that, she goes on to explain that she has changed.

The lyrics “I’m sorry the old Taylor can’t come the phone right now / Why? / Oh because she’s dead” has gotten quite a bit of attention. With this album it appears as though Swift is looking to reinvent herself.

I disagree with the claims stating that this “darker” Swift may not be a positive role model to kids. I think she is actually conveying a really positive message.

As high school students, we make a lot of mistakes. We do things we regret and sometimes we end up spiraling down the wrong path. Swift reminds us that we can start over, maybe not as dramatically as she did, but it can be done.

Whether it’s a fight with a friend, failing a test, or hanging out with the wrong crowd, Swift reminds us that the decisions we make don’t have to define us.

She helps to convey the idea that you do not have to succumb to what society labels you as, and you can push back.

Her message especially speaks to seniors. Pretty soon we get the chance to meet new people, go to a new school, and essentially we are given the opportunity to become a new person. If someone wants to change, and needs an inspiration to do so, one of the biggest pop stars has proven that it is possible to learn from our mistakes and reinvent ourselves for the better.