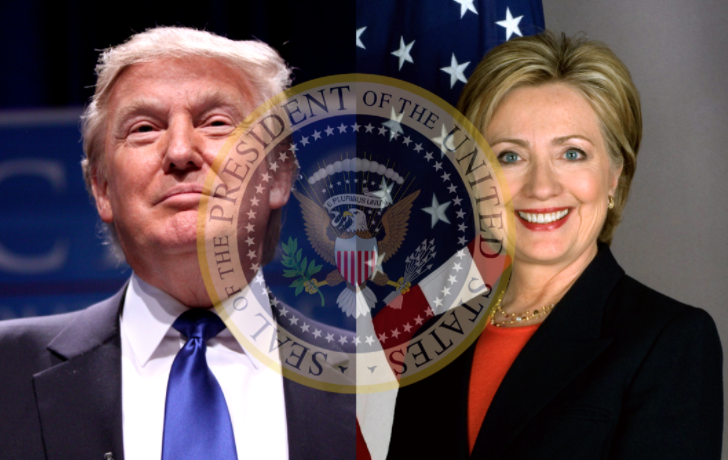 The last few weeks have seen the Democratic nominee for president, Hillary Clinton, sliding in the polls, while the Republican nominee, Donald Trump, has gained momentum. After the first debate, Democrats’ faith in their nominee should be renewed, with almost every major media outlet reporting Clinton as the victor, rightly so. Trump started well, but his lack of composure and spewing of misinformation cost him the win.

One of the most important factors in a debate is the “presidential facade.” A failure in this field cost Richard Nixon dearly in the first televised debate  against the future president John F. Kennedy, and it appears to have cost the Donald tonight. Sure, Trump looked fine. He didn’t sweat, nor did he make any of the gaffes that Al Gore famously did in the 2000 election, and didn’t look at his watch like George H.W. Bush did in 1992.

In my opinion, this – the presidential facade – is the most important aspect of the debate. Candidates’ stances have been known for the months leading up to the debates, and their ability to think on their feet is evident in primary races. Looking presidential is everything, and Trump absolutely did not look presidential in this debate.

Sixty-two percent of voters believe his attitude isn’t a match for the presidency, according to a New York Times/CBS poll, but Trump did his best to prove the haters wrong at the start. He began the debate the way a presidential candidate should – cool, calm and composed. Within the first five minutes, however, he was back to his traditional ways, speaking during time reserved for Clinton and flatly denying things that he had previously said in the past, a transition I personally found to be hilarious. Just like a little child, he resorted to complaining when he could tell that things weren’t going his way.

On top of that, Trump tried to make excuses for his performance, blaming it on a faulty microphone. These traits – ones where the candidate shifts blame to account for his or her own shortcomings – should not be found in a presidential candidate, nonetheless the future president of our great nation.

Trump lit up the fact checker that the Clinton campaign posted on their website (lying at least 58 times, according to the Clinton camp), but Hillary wasn’t too hot on telling the truth either. By attempting to paint Trump as a candidate who cares more about his wealth than about the American people, the democratic nominee often exaggerated the truth, doing little to dispel rumors that she isn’t truthful.

In the end, neither candidate truly was able to connect to the American people. Clinton’s mannerisms – ones where she brushed off many important points made by Trump – made me think that she believed that she was better than much of America, while Trump’s words and actions made me worry about his mental ability.

Both candidates sent the message to the American people that they’ve been trying to get across for their entire campaigns. Trump – a political outsider who tells it like it is and with some racist and xenophobic views – and Clinton – a career politician who will bring change and composure to the oval office, along with her laundry list of scandals. Clinton pulled this off in a much more civilized and composed manner, meaning she gets the victory in my books, and a slight bump in the polls is on its way.