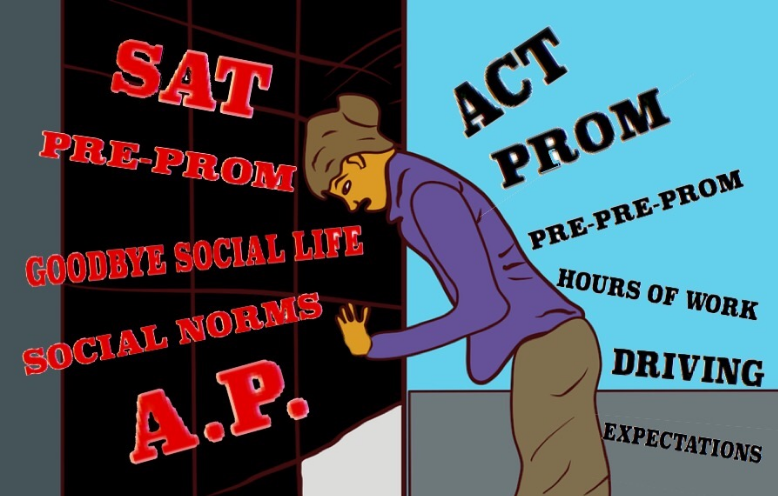 Though junior year seems fun considering the dances, driver’s licenses, class options and freedoms. I’ve heard many things contradicting the “perks” that are to come as a sophomore about to enter her junior year.

All I hear about prom is that it’s a nightmare when it comes to getting everyone in a group they want to be in, where the pre-prom pictures will be, who’s going to host the after party and apparently there is such thing as a pre-pre-prom party where all my gal-pals and I get our makeup done and take pictures in our dresses.

Also driver’s licenses? I watched for years as my older brothers were suddenly burdened with having to go on endless errand, and, being as they could go wherever a car could take them, they had to fend for themselves more often than not.

I guess being 16 does give a person more freedom in general, but that concept in itself is very daunting. With more freedom comes a lot of responsibilities, which often means more consequences.

The biggest stigma I have associated with junior year is the oh-so wonderful standardized testing, the beloved by all SAT. and ACT. Having to go through months of prep, taking the worthless PSAT and PACT and slaving away for hours on end just to make sure all of the practice books are done before you meet with the tutor, doesn’t really seem worth it. Ergo adding the extra five hours a week of SAT prep to my other endless hours of homework doesn’t seem like the best way to be spending my time.

One of the good things about becoming an upperclassmen is having the freedom to pick which science class I want to pursue, compared to freshman and sophomore year where it’s a requirement to take biology and chemistry. This is a huge benefit for me, being as I am more of a humanities oriented student and was not looking forward to taking the basic science class (i.e. physics). This will not only boost my GPA, but also allow me the opportunity to be interested in a science class for once in my life.

All in all I hope my phobia of junior year is proven to be wrong. The only thing I can do is go in with an open and mind and try to ignore the biases that I’ve heard.