You all know about attacks in Paris, but how about Lebanon and Nigeria? 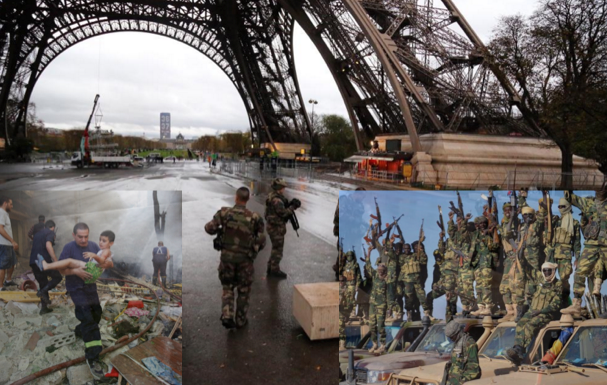 After taking that quick quiz, there are two patterns which should emerge. 1: The vast majority, if not all of you, know about the recent terrorist attacks in Paris, and 2: an overwhelming amount of you have no idea about terrorist attacks which occur in countries other than modernized, Western countries.

A pair of simultaneous suicide bombings in Beirut, Lebanon, killed 43 citizens on Thursday, Nov. 12.  Just like the attacks in Paris, these attacks were orchestrated by ISIS and employed the use of suicide bombers.  Unlike Paris, however, the media failed to cover them.  The same goes for terrorist attacks in Nigeria, where Boko Haram is wreaking havoc on all the citizens living there.

Not once did news of this attack appear as a breaking news notification on your phones, nor was it spoken of on news programs.  But why?  Why not cover terrorist attacks that occur around the world?

As a nation, we agreed that all people are created equal in the Declaration of Independence.  This idea came up again after the Civil War, when African-Americans were freed from slavery.  And again, and again, and again, when over time we took action to give equality of opportunity to all people within the borders of the United States, whether citizens or not.

Thomas Jefferson once said, “An educated citizenry is a vital requisite for our survival as a free people.”  If we the people aren’t aware of current events, is our democracy really a strong one?  Can we really be sure that our government will endure?