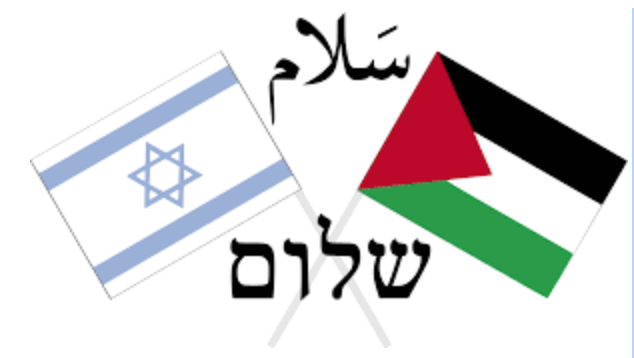 The brutal acts of violence between the Palestinians and the Israelis are nothing new. However, the conflict has escalated to an extremely frightening level in recent months. It’s not just that the Palestinians have gotten more impatient in their quest to defend their rights and their land, but it can also be attributed to the bias of the media. News agencies generally strive to avoid bias in their articles, yet it still seems to seep through in various articles. This applies to media firms who present themselves as unbiased, but still seem to present the information in a framed manner. It is the media’s responsibility to inform the public of the facts and allow them to reach their own conclusions – not to alter the phrasing and push the public toward one viewpoint or another.

This may seem hypocritical, as I am clearly talking about my beliefs on this matter with a bias. I am a Jewish teenager who has always supported Israel. But this is not a breaking news article; this is an opinion – the only section in a publication that should contain any statements based on or affected by personal beliefs.

Headlines that speak the truth aren’t always headlines that sell and it seems that some publications have struggled with that moral dilemma and lost the battle.

After a Palestinian attempted to stab a security guard in the West Bank and was shot dead by police, Al Jazeera America wrote an article titled “Palestinian killed by Israeli forces; Kerry seeks to ease holy site unrest” which blatantly ignores the violent action that forced police to do whatever they had to in order to stop him.

I am not objecting to stating the facts on the death tolls of both sides – I strongly believe that all lives matter. However, Al Jazeera America has used terms including “Palestinian armed groups” to describe terrorist groups such as Hamas, portraying them as protective civilians rather than terrorists. People read the news to get unbiased facts and are unable to come to an informed conclusion on their beliefs of the matter if the information is presented in a bias fashion.

This bias has also become common in the Wall Street Journal’s coverage of the conflict. In the article titled Seven Palestinians Die as Clashes Spread to Gaza Strip, the Palestinian deaths resulting from “clashes with Israeli security forces” are stated as facts while the stabbing attacks on Israelis are implied as alleged with the use of words such as “according to the police.” This type of framing removes the public’s ability to see the facts for what they are and draw their own conclusions, while leading them towards the viewpoint that the author would like them to have. This is not only unethical, but could be creating ill-informed support that fuels the violence and conflict between the Israelis and the Palestinians.

The bias is not solely on the Palestinian side, as media outlets such as The Jerusalem Post show bias not necessarily in the articles but in the way that they present the headlines on their home page for the conflict. The top three stories have headlines focused solely on Palestinian terrorism while the stories focusing on the deaths of Palestinians lay further down the page. Bias that lays in the way that the information is presented still affects the public’s views on the conflict and guides them toward coming to a decision that they may not necessarily have come to had the information been presented in an unbiased fashion.

Today, the tally of murders in the Israeli-Palestinian conflict will continue to rise. And again tomorrow. And again the day after that. The sad truth about this is that most people probably don’t even flinch anymore when hearing statements like this. Stabbings, shootings, and bombings have become all too common in the Middle East recently and the fact that these reports have become part of our daily lives has numbed our emotions. Even halfway across the world, our support on either side of the conflict can make a bigger difference than some realize, and it is important that we are fully informed before forming opinions that could assist in the continuation of senseless killing or stop it once and for all.