They found water on Mars 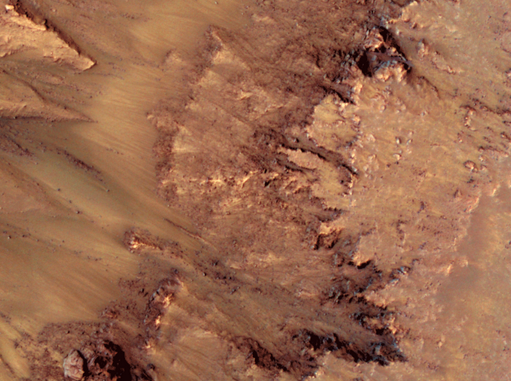 The story below, to some, is a familiar one. If so, please feel free to skip a few paragraphs ahead, but if not, read it slowly. Picture each description, each event as you go along. Believe me, it is more powerful that way.

About a trillionth of a trillionth of a second after the Big Bang, a boiling hot and completely uniform shower of particles was created. Three minutes later, hydrogen, among other elements, was welcomed into the universe.

A billion years after the bang, a supernova (picture an exploding, elderly star) spewed oxygen, which had been forming in a star’s furnace-like interior, into space. At this point, hydrogen finally found its long lost soulmate.

Aside from a few additional details, that is almost all we know about water. In fact, it remains one of the least studied compounds.

And then there is Mars.

On Sept. 28, 2015, scientists determined that there is liquid water on Mars.

It sounds so simple, this phrase, so benign, yet just googling it will turn up a slew of articles discussing futuristic communities on Mars or pondering future research opportunities. Others condemn this allegedly absurd expenditure of American taxpayers’ dollars.

It seems that in the wake of one of the most important scientific discoveries of our time, people, too captivated by the future, have forgotten to stop, look upwards and, at least for a second, appreciate this awe-inspiring discovery.

It seems that no one has thought about the fact that, billions of miles away on a planet that no human has ever stepped foot on, water, a compound that children play in and dishes regain their sheen in, exists.

This common, yet cryptic molecule, now connects the world we live in to a section of the universe shrouded in mystery.

There is water on Mars, and maybe, just maybe, this means that Mars is not that foreign afterall.