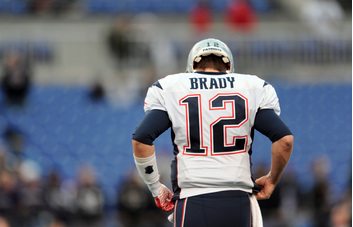 Following the recent conclusion of the “Deflategate” scandal, many football fans, specifically those who support the New England Patriots, have been left questioning the punishments dealt to the Patriots and their golden-boy quarterback, Tom Brady. However, these dedicated, some might say irrational, followers have no case. Brady and the rest of the bunch deserve it all.

The punishments, announced by the National Football League on May 12, include a four game suspension without pay for Brady, and a loss of two draft picks, along with a $1 million fine, for the Patriots organization. To reiterate, these consequences are warranted.

First off, the executives at the helm of the NFL need to make clear that cheating is unacceptable. Period. By suspending one of the Patriots’ best players, taking away draft picks and imposing a fine, they are deterring future ball-deflating issues.

Think back to the New Orleans Saints’ bounty scandal. In that instance, the league fined the Saints $500,000, took two second round draft picks, and suspended the head coach for the entire 2012 – 2013 season. As far as the average fan is aware, it worked; teams don’t pay players to injure opposing players anymore.

Now, the argument that Brady was unaware of the procedures taken by equipment managers is complete nonsense. Nothing. I repeat, nothing, goes on in the Patriots organization without the clearance of him first.

That’s why it’s very hard to imagine that a couple lowly employees would take actions regarding Brady’s footballs without instructions from Brady first.

Furthermore, this is probably not the first time Brady and company have broken the inflation rules. According to a study done by NFL analyst Warren Sharp, the Patriots averaged around 30 more touches per fumble than other non-dome teams from 2007-2014. While this does not show directly that the Patriots were tampering with their balls, let it be known that a deflated football is far easier to hold than an inflated one.

At the end of the day, it comes down to the fact that the Patriots cheated and they now must face the consequences. Tom, you’re a great QB, but if you have to mess with your balls in order to win, it takes a bit away from your accomplishments.

Look at Barry Bonds and Sammy Sosa: both great home-run hitters, but both cheated and did not find a spot in the Hall of Fame.