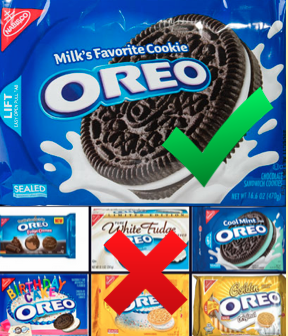 That’s right. America has a holiday celebrating a cookie.

Since their release in 1912, Oreos have come to be a staple household snack all because National Biscuit Company, now known as Nabisco, created the Oreo Biscuit in Chelsea, New York City.

To celebrate this so-called holiday, Oreo’s latest special edition, red velvet flavor, hit stores last week.  Much to my disappointment, the new cookie’s appearance itself was an insult to the traditional Oreo and the taste was not much of an improvement.

The wafers look much like a regular Oreo but they have a red hue to them and the standard vanilla-flavored cream has been altered to look softer and taste similar to the cream cheese frosting on a red velvet cupcake.

It wasn’t that this new addition to the already extremely large Oreo family was a complete failure. However, all these new flavors distract from where it all began 103 years ago: the traditional black and white Oreo.

When walking through Costco, I was horrified to see the shelves stuffed full with bizarre flavors including gingerbread, candycane, and even a creamsicle edition. Gone are the days where the only decision to make was whether to buy double stuff or not.

Instead of Oreo wasting their valuable supplies on flavors that are mediocre at best, they should stick to what America has come to know as milk’s favorite cookie. When Oreo decides to make banana split and rainbow ice cream editions, they take away from the classic cookie that people everywhere became infatuated with 103 years ago.