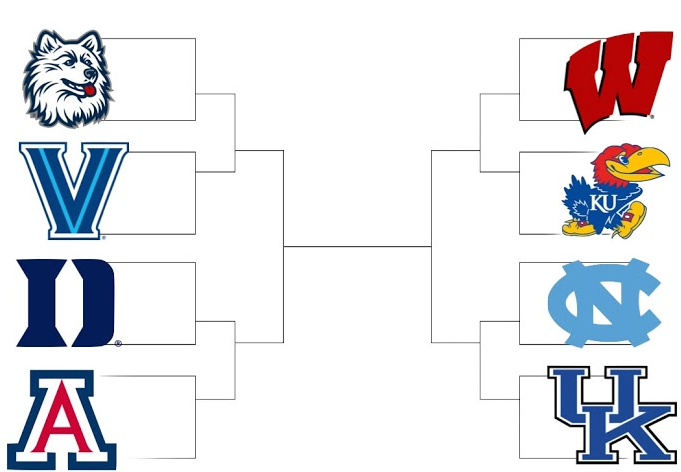 Point guard George Washington was the captain of a USA squad that featured Ben Franklin at the other guard, John Hancock at small forward, Thomas Jefferson at power forward and Paul Revere at center. And Washington’s team shocked the world back in 1776 when they upset the Redcoats’ squad. Even Vegas had the United States’ odds of winning the Revolution at 1,000-1.

Since basketball didn’t exist during George Washington’s lifetime, that was clearly a metaphor to show that the United States is a nation built on underdogs who pull off upsets. And what’s a better showcase of upset-pulling underdogs than March Madness?

Whether it was George Mason in 2006, Butler in 2010 and 2011 or VCU in 2011, you were in shock when your bracket was busted, just like King George III was in shock upon hearing he lost his beloved 13 colonies.

March Madness is amazing because of its unpredictability. It’s better to not know anything about college hoops when filling out a bracket than to be an expert. There aren’t too many other fields where this is true.

Knowing which team is the best in the country at forcing turnovers or which university is home to the team with the highest free throw percentage leads you to second guess yourself when filling out your bracket.

The owner of the best March Madness bracket is never an analyst on ESPN, CBS or Tru TV (also known as the channel you watch once a year for March Madness and never watch again).

The owner of the best bracket is either: A.) a third grade math teacher in Idaho who has no idea where Coach Krzyzewski coaches, not to mention how to pronounce or spell his last name; B) a crazy cat lady in West Virginia who couldn’t tell you where Gonzaga or Villanova are located; or C) a librarian in Iowa with a Ph.D in 16th century farming techniques,who thinks LeBron James and Michael Jordan are playing in the tournament.

And yet the lack of knowledge among those three is still never enough to overcome the one-in-almost-4,300,000,000 odds of getting a perfect bracket.

Predicting March Madness, while pointless because your bracket will be awful, is fun because you never know what’s going to happen next.