Popular colleges are not the only option 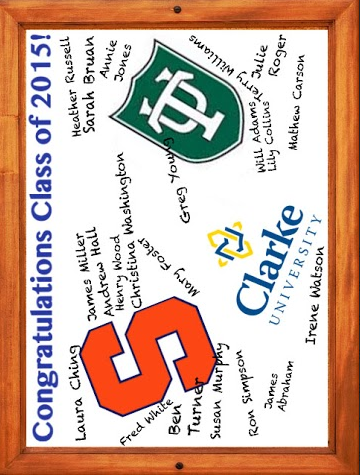 By junior year, most of us have established our personalities: the kid who does track year-round, the “Artist’s Club” Vice President, the “Barbeque Club” official disc jockey. We have settled into our interests. We are ready to take the next step in doing whatever it takes to accomplish that goal.

Yet, there is one thing a lot of us have in common. We all saw those cluttered Naviance graphs and tried to see where we fit in.

Just as typical as it is for a Staples student to wear their high-school logowear, it is just as common one of them has on a Michigan sweatshirt, a Middlebury hat or a Tulane University T-shirt.

According to the 2014 Inklings Senior List, 15 students confirmed they were attending University of Michigan, more than any other college on the list. The second-highest was University of Connecticut with 12 students.

In full honesty, there’s a sense that maybe it is time to go somewhere different.

Let me give you an example. By the summer of seventh grade, I had never been to sleepaway camp. My friend had told me about the one he had gone out to in upstate New York every summer. Next week, I told my friend that I visited and was thinking of going there.

He gave me a look that still haunts me to this day.

We still remain close friends, but the point is, everyone needs to reinvent themselves at some point.

Now, this is not an attack on Staples students attending the same college. But there is an interesting phenomenon that goes along with it.

I still remember those days in Junior year, compulsively checking the Tulane University Naviance graph in both frees and classes alike, forgetting the fact that my red circle doesn’t change day-to-day.

I didn’t even end up applying to Tulane.

I understand there’s an excitation in the air. The idea of going off to school, becoming the person you’ve always wanted to, but try and pace yourself, juniors.

Not to sound like a self-help book, but think about you. It’s your Naviance login. It’s your application. It’s your life.

Make the college process yours.

And if Vanderbilt has the program you want, go for it. But don’t do it for the navy sweatshirt.