Decimals should not define a student’s worth 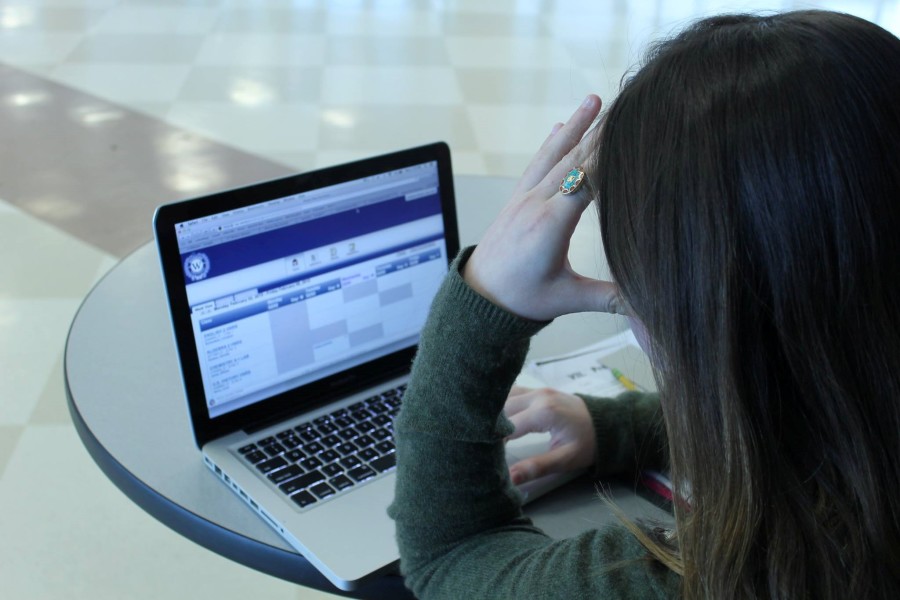 At the end of December a rumor arose at Staples claiming that grades in Home Access Center would no longer be rounded, sparking a major crisis among students. Although this rumor was soon debunked by Collaborative Team, the reaction to this crisis from Staples students was shocking.

When I first heard that our grades might not be rounded anymore, I literally gasped. I felt a little bit queasy and, of course, had to sit down.

I don’t know about you guys, but my grades depend on the rounding system. With Staples being such an intense academic environment, a whole GPA point can be based on whether a letter grade was rounded or not. The fact that grades are rounded has always been a kind of safety net for all of us, a net that we rely on heavily.

The original rumor surfacing around school was that decimal points were basically going to be “removed” from the rounding system. In simpler terms, an 89.7 would just be an eighty-nine visually, resulting in a B+ as a opposed to an A-. According to a mass email sent out to Staples staff, the “no-rounding” rule was supposed to be in effect at the beginning of the school year but was never adopted into eSchool. The change of no rounding was randomly put into action in December without the Adminstration’s notice, and it caused lots of chaos.

Now, I was outraged by the possibility that the rounding system was being diminished. I was asking every teacher in sight if it was true.

Once I got home from school that day, I talked to my mom about the situation.

She turned to me and said, “Who cares? It’s just a number.”

Even though the rounding system was ultimately never changed, I can still look back on my reaction that day and have a good laugh about it.

Grades certainly are not everything, and we need to stop acting like it. The pressure at Staples to do incredible in every class is shocking, and the anxiety levels of students is palpable when walking down the halls. The crazy reaction to a simple rounding rumor shows just how much pressure is placed on Staples students, and maybe that should be what changes.