Au revoir to dating and bonjour to “the thing” 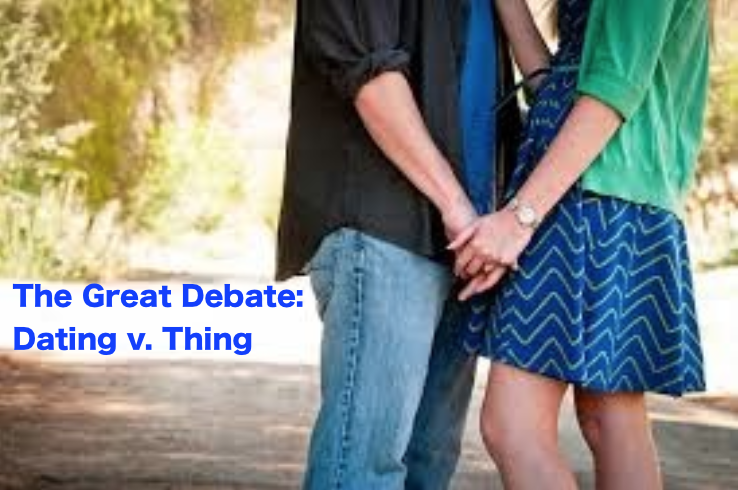 A walk down Main Street, a large popcorn at the Bowtie, sharing a milkshake and fries at the Sherwood diner. What do all of these things have in common?

They’re all a quintessential Westport “date.”

However, in my time as a teenager, I have heard this word far less frequently. When I ask my friends about their relationships, they will almost all reply with “we’re just a thing.”

I never took the time to analyze this term until discussing it with my mom. She first thought it meant a noun, like a philosophy or thought, until I explained to her that as far as I knew it was a relationship status that can be categorized somewhere between being a couple and being friends.

She then decided a thing was “when two people hang out and flirt it up.” Word for word.

It was still so puzzling to me how loosely defined the word “thing” is. I could, essentially, say I have a thing for dancing in the rain or drinking pina coladas.

So, I decided to take it back to square one and call upon my old friend Webster. He told me the dictionary definition for “thing” was: an object that one need not, cannot, or does not wish to give a specific name to. But that’s just it.

A “thing” is where you are in the process of “DTRing” (defining the relationship). They aren’t dating, but they aren’t friends. It is the perfect high school relationship. It is right in the middle, just like everything in a teenagers’ life is.

“I think that our generation tends to hook up before labeling themselves or defining the relationship, and so it becomes unclear what each person wants to get out of it,” Eliana Aronson ’16 said, “so people call it a “thing” when they haven’t really communicated with each other about what they are.”

Here’s the thing, one day we all will have to jump into the world of “dating” and commitment but right now we are teengaers in high school.

And a thing is the perfect thing for that.