Allow Arabic for all 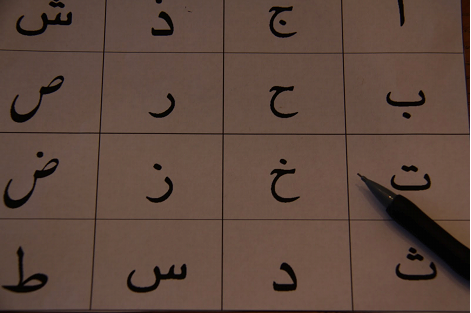 French. German. Latin. Mandarin. Spanish. All the languages offered here contain value. But there is a giant gap in need of filling.

I came to Staples thinking that foreign language classes were just another way for school to torture us. Now as a senior, I have come to realize that language is one of the most important lessons in our education.

My change in belief doesn’t just have to do with the idea that language expands cultural understanding. It relates to a story my mother told me. The most terrifying thing she had ever heard.

On the day the Twin Towers ceased to exist, the United States foreign policy services sent out a simple yet shocking request. “If anyone can speak and understand Arabic, would he please identify himself to the government?”

Wow. Think for a second. If you needed someone who could speak Spanish, you could simply roll down the window of a car and yell out such a request. In comparison, are there really that few Arabic-speakers in America that the message needs to go on national radio?

Well, yeah. According to statistics, in the 2007-2008 school year, about 2,400 high school students nationwide were studying Arabic. Compare this to the 60,000 who were taking Chinese, some of whom were Staples students.

Is the Obama Administration considering a Chinese invasion sometime soon? I don’t think so.

Yet, at this time, American society has to deal with issues like ISIS and Gaza, many of which involve our relations with Arabic-speaking nations and individuals.

My Middle East class recently discussed how strategic diplomacy is oftentimes the key in solving our issues with other countries. With our contemporary conflicts involving Arabic-speaking places like Syria, it’s obvious that the boiling point of contention could be settled by speaking to the locals in their own voice.

Staples is ranked the 69th best school in the nation. We are nationally acclaimed for our academic, artistic and athletic programs. Many graduates go onto lead great lives.

Administration is always reminding us to look at everything that we’re learning and realize the reason for it all.

Yet we don’t have the option to take such a vital language in our contemporary society? What’s the reasoning for that?