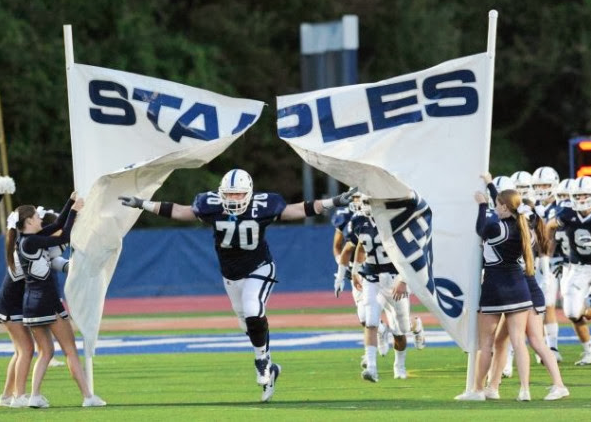 Staples students have suffered through their fair share of undesirable homecomings.

In 2010, the game started at ten on a Saturday morning forcing students to get up at the crack of dawn to have motorcade before the game.

In 2011, students were graced with an extra 30 minutes, a 10:30 AM start time, but were hit with a chilling snow storm because of how late in the season the game was.

In 2012, after years of lobbying for lights, Staples received them on the football field allowing for night games. But regardless of a schedule with multiple Friday night games, homecoming was scheduled for a Thursday night.

Last year, every aspect of scheduling fell into place. Homecoming was early enough in the year to have nice weather, and took place on a Friday night under the lights. Spirits ran high and despite the many fears of the administration, everyone was impressed with how well behaved students were.

So when students took a look at this year’s football schedule and saw that homecoming was on a Saturday starting at 1:30, jaws dropped.

Last year’s sunset during motorcade will be replaced with a stale sky.

The thrill of the spotlight on the football players will be returned to a boring blanket of light over the stands.

Staples football has fought for lights since 1978 and spent nearly $300,000 purchasing and installing them. Students have repeatedly proven themselves to administration at Friday night football games.

We deserve to have homecoming on a Friday night. So let there be lights.