The countdown to senior year 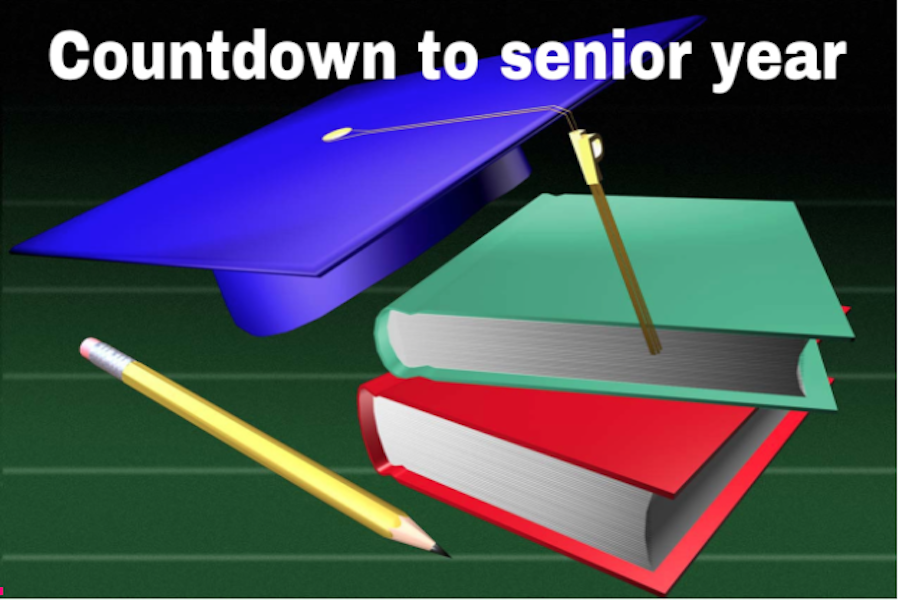 After years of literally and figuratively bowing down to senior girls, it’s finally our turn.

I can’t describe the first day of senior year because I haven’t been lucky enough to experience it, but I’ve sure dreamt about it. Rolling up to school in our decorated cars with the windows down, wearing our obnoxiously-bright tee shirts (fingers crossed for coral) and blowing whistles as we run down the halls, plowing through startled underclassmen.

Plus, motorcade. How anyone can not see the appeal in speeding down the winding streets of Westport in your friend’s soft top Jeep is, frankly, beyond me.

But senior year is about more than cars and parties.

Second semester is the sweet reward for three and a half years of all-nighters, exam cramming, and Noodletools nightmares. Sure, we have to get through college applications and first semester, but we’ll be motivated by visions of exciting internships and hard-earned diplomas.

Senioritis looms on the horizon, and after years of coming to school sick in fear of missing class, I think a couple personal days are well deserved.

Plus, senioritis is proof that we’re ready to move on to bigger things — and there’s no better way to leave high school than that.

After suffering through months of standardized tests and supplemental essays, we will finally make a decision about college. We’re so close we can almost taste the overwhelming relief of that acceptance letter — and the celebratory cupcakes that will surely accompany it.

And we’ve all dreamt of the day when we can wear university logo wear to school and not have to sit through twenty “congratulations!” jokes. Or at least I have.

This is that year.

We finally get to soak it up and take it all in because we know that twelve months from now we’ll be somewhere completely different. It’s the year we make memories with our friends and take pride in knowing that we finally rule the school. It’s equal parts excitement and anxiety, and it will certainly be unforgettable.

So to all the underclassmen, I apologize in advance for screaming loudly in the halls and taunting you with my second-semester senior carefreeness.

But come on, don’t act like you won’t be excited when it’s your turn.

It won’t even fully hit me on the last day of school, before I go off on my internship.

But, it will hit me when I look around the room at graduation―when I realize I won’t see the majority of these faces again, when I realize that something as seemingly interminable and all-encompassing as high school is now abruptly ending.

As students, we are accustomed to the monotonous routine of school. We wake up at 6 a.m. We get dressed. We go down for breakfast. We leave the house at 7:15 a.m.. We go to our classes in alignment to the bells. We go to sports or club meetings after school. We do our homework. We go to sleep. And then this routine repeats.

I don’t want the monotony of the school week to blur the days together and let the end of the school year to creep up on me. I don’t want to be forced to reflect back on my senior year and wonder if I would have done something differently.

Don’t get me wrong. I have an open mind about senior year and have no doubt it will be filled with incredible memories. However, it will also be insanely stressful.
Not only will senior year mark the end of my childhood, but it will also force me to face critical decisions―decisions that will determine my future, such as where I want to go to college.

On top of that, I need to be preparing for college interviews, putting together my application, and writing the supplemental essays required by every college using the Common App.

To put things in perspective, according to these college admission essay basics, “a student applying to over ten state or out of state schools will have to write between 2-4 long essays and anywhere in the range of 5-30 short supplemental essays” which usually vary in a length between 100-500 words.

The year won’t nearly be as laid back as most would assume senior year to be.

But, even though I’m the least bit excited for the next school year to begin, I will admit, I agree with Rachel on one point: coral is the way to go.