International Travel Should Be Mandatory 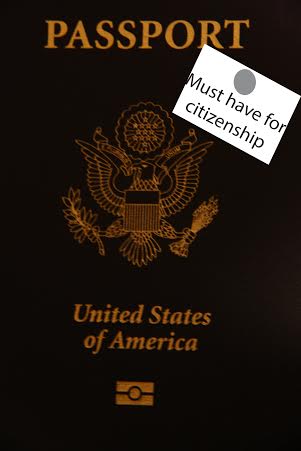 Stephen Hawking once said, “We are just an advanced breed of monkeys on a minor planet of a very average star.” The same idea applies to America, which is just another nation among 196 sovereign states.

It seems that every past US president has referred to us as “the best country in the world.” With all respect, that’s total flack. As I said before, there’s nothing exceptional about us. We’re Americans, not deities.

I can understand how we can jump to this conclusion. According to Forbes, a tiny third of Americans have a passport. This is disappointing. When you confine yourself within your homeland, you don’t know what’s on the other side of the mountain. It’s important to at least peek onto that side in order to understand the world.

We need this global perspective to comprehend the different lifestyles and policies of other nations. If we just read about it online, these different cultures will seem totally ridiculous to us.

Here’s a personal instance of such. Islamic countries are frequently targeted by some Westerners as being war-torn, backwards, oppressive nations. When I got to travel to Morocco, I realized that while the culture is a different moon phase, their motives and lifestyles are understandable once you breathe the same air as the locals.

Look at George W. Bush. He had limited travel outside of “Amurica” before his presidency. He held too closely onto his preconceptions of other countries and, therefore, caused us to have a messy international relations system.

Come on Bush. You afraid to fly?

That’s why international travel should be mandatory for every American. Not just politicians, but everyone needs to understand the multiple dimension that comprise our planet.

This means everybody, even families who can’t afford a plane ticket.

Maybe in order to fund these people’s trips, the American government can hold back on the $1,700 billion budget that is allocated towards war funding.