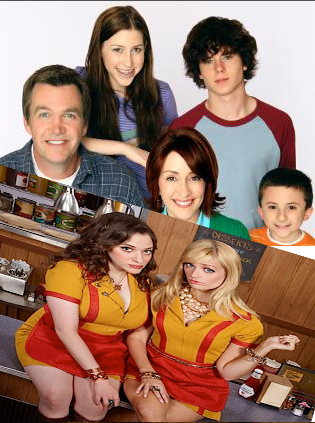 It seems as though in this day and age, many people enjoy watching TV shows that are humorous but that are also just plain dirty  and inappropriate.

A great  example of this is “Two Broke Girls.” Though it’s about two girls who are broke and work in a restaurant to make money for their cupcake business, there are too many sexual innuendos that come flying out of nowhere.

Quite frankly, it’s really a show that young teenagers shouldn’t be watching and it can even become  more awkward when it’s watched with  family members.

I have noticed that this has been on ongoing trend in the modern TV industry and unfortunately, that is why the world can be as sick as it is today.

But don’t worry, there are a couple of TV shows out there that are funny and clean.

Wednesday and Thursday nights seem to be the best nights for channels such as ABC and CBS.

“The Middle”  in particular is probably one of my favorite shows.

It’s  about a dysfunctional family in the south who go about everyday problems in their own weird way.

The characters really bring out their personalities through the dorkiness of the show.

There is the typical tough dad, the stressed and overreacting mother, the dumb older brother, the nerdy little brother, and then there is Sue Heck, who has to be the dorkiest character on the show because she jumps up and down with excitement about everything.

Now this is a type of show that people should definitely watch because it’s still humorous, but there isn’t any  inappropriate content and it’s very relatable to many households.

So, would you rather be inundated with grossness or laughter?