Club Rush or Trick or Treating? 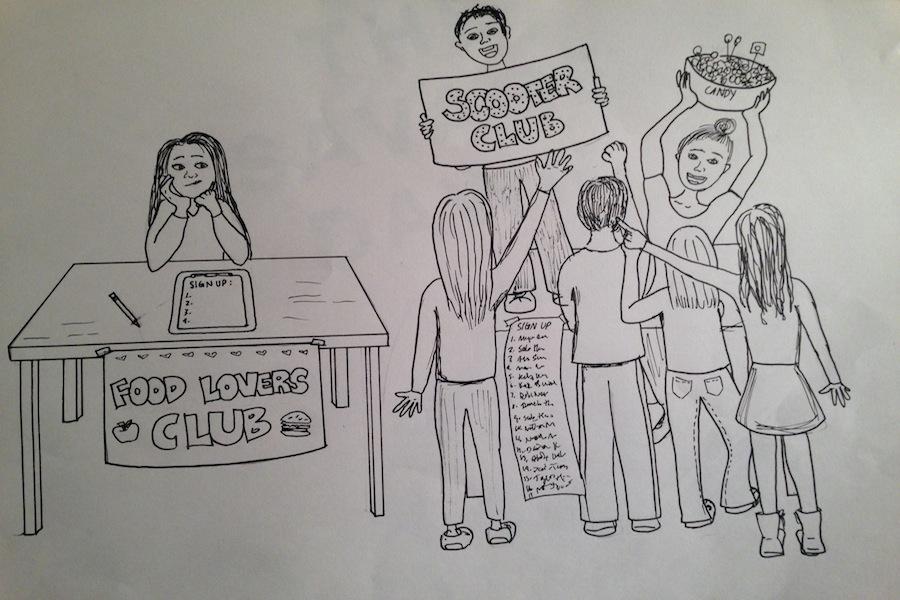 We’ve all done our fair share of Club Rush trick-or-treating.

I’m talking about when students amble from table to table, scribbling down their e-mails with the promise of being an active club member in return for a handful of candy.

“There are definitely a bunch of people who join just for the candy, including me,” said Abby Lustig ‘15. “But, I also know that a lot of people are genuinely interested.”

For instance, after attending Club Rush freshman year, Jessica Shaw ‘15 was inspired to found a club of her own: SHS Save the Children.

One of the ways Shaw gathered members was by setting up a booth at Club Rush. The stacks of Dunkin Donuts boxes drew many students in, and while some were just in it for the snack, a significant amount have been regularly attending the monthly meetings and participating in events.

“Giving out candy is really beneficial because it introduces people to the club,” said Siobhan O’Loughlin ‘15. “Even though some people will literally just take the candy, others may actually end up finding the club interesting.”

While it seems as if half of those who sign up usually don’t end up being active members, the numbers balance out after a few weeks and show who is really willing to contribute to the club’s goal.

I admit, I have signed up for several clubs, many of which I have neglected to attend. However, I have participated in two and hope to continue doing so this year.

So, maybe candy at Club Rush isn’t a waste of time, but instead an efficient way to attract new members.

In the end, it’s up to the student to decide if they genuinely want to join and become involved, or instead grab a delicious dessert during Club Rush trick-or-treating.