Being Bailey: The Struggles Of Having A Unisex Name 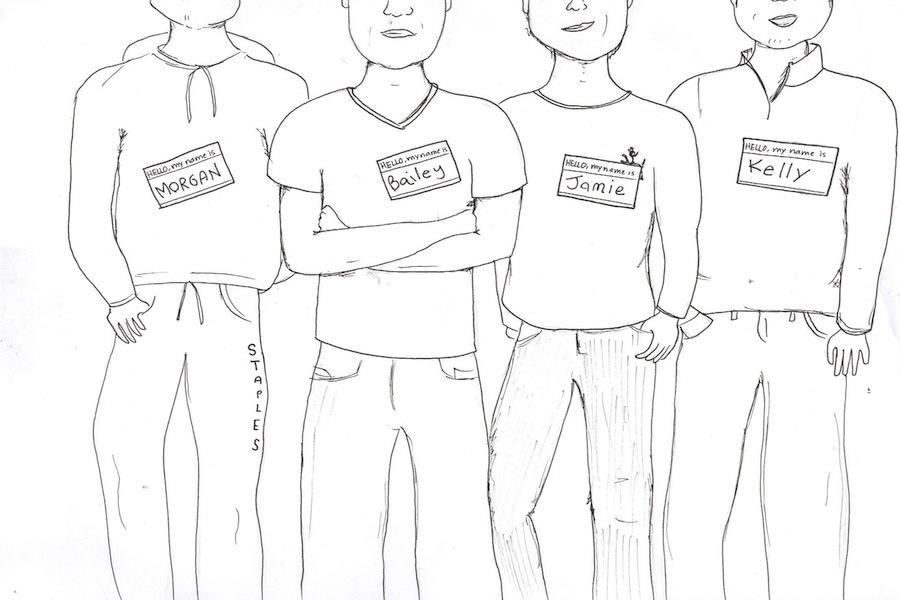 Technically, the name Bailey can be used as both a boy and a girl name.

But let’s be honest: Have you ever actually met a guy named Bailey?

According to OurBabyNamer.com, 3,449 babies born in 2011 in the United States were given the name Bailey.

Fewer than five percent were boys.

These boys will have to endure the lifelong embarrassment that comes with having a name that’s usually for the opposite gender. And who is solely responsible for all of this? Their parents.

My parents decided to punish me for my entire life, before I had even been born, by naming me Bailey. It’s not like they expected a girl and when they got a boy they were too lazy to think of a new name. They actually wanted to have children tease me with unoriginal jokes that got really old really fast.

In their defense though, in 1997, the year I was born, more boys were named Bailey than ever before, but that still doesn’t justify their actions.

In second grade, I actually took some pride in having a girl’s name—my teacher often told a story about how she was once placed in an all-male gym class because she went by the name Stevie when her real name was Stephanie.

I ignored most of the teasing that year, but it was especially bad in third grade. Indeed, my teacher’s name was Ms. Bailey.

First off, I probably told every kid in my grade that we were not related at least five times a week. Even she often laughed when she heard someone tease me about my name.

As a nine-year-old, when your teacher laughs at you for something you’re already embarrassed about, it destroys your confidence.

I attended summer camp for the first time after fourth grade. There, I told everyone that my name was Bob, and somehow it stuck. Why? Because there’s definitely not a girl named Bob in the United States (If there is though I should probably stop complaining and think about how much worse it could be.).

But still, the same awesome summer camp of mine, where my nickname is Bob, occasionally sends me e-mails intended for female campers because I am registered as “Bailey.”

Then there’s that awkward moment when I go through airport security. Without fail, the TSA employee will look at my boarding pass and say to my sister, “Oh, you must be Bailey!”

Even though the teasing, awkwardness and confusion with my name has mostly subsided as I have grown up, it still exists.

Last year, one of my gym teachers—whom I’m pretty sure never learned who I was until the last day of the quarter—on multiple occasions referred to me as “she” or “her” by accident, never once apologizing after hearing the laughter of my class and realizing his mistake.

I was often asked when I was younger if I was going to change my name when I was older and almost every time I said “yes.” But now, I’ve realized that if I did, I would be succumbing to the years of teasing by kids and sometimes even teachers if I were to do so. The amount of grief I would get for legally changing my name would almost definitely outweigh the amount of grief I get now.

When I apply to college in a few years, I fully expect at least one school to mislabel me as a female. But until then, if someone makes a joke about my name, he or she should probably stop acting like a third grader.