My Man In The White House 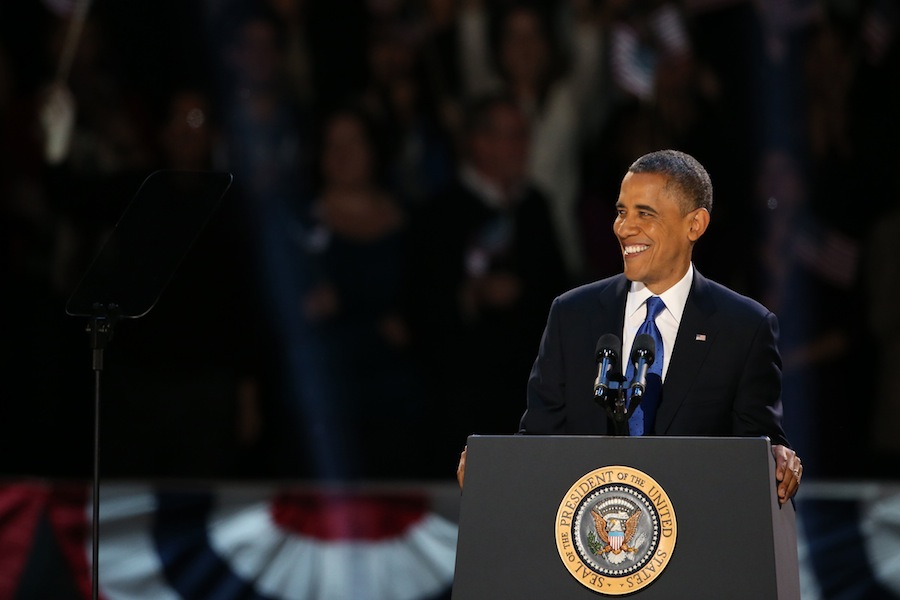 President Barack Obama celebrates his re-election by speaking to his supporters in Chicago on Nov. 7, 2012.

I smell victory in the air, and it’s so sweet.

I should start with the fact that I’m a die-hard, hard-core liberal Democrat. I’ve been called a socialist a number of times, though I dispute that label.

I admire Bernie Sanders. I know who Bernie Sanders is (he’s the only openly socialist member of Congress, in case you were wondering.)

Now that that’s taken care of, I have to establish that I’m also a die-hard, hard-core political junkie. I stayed up till 1 a.m. to watch the election results come in, along with all the other political junkies.

I compared Election Day to Christmas, and I’m Jewish.

But with Obama at the helm and now more experienced than during his first term, I hope he’ll be better at the bargaining table and more liberal too.

He has a lot of work to do. As one Facebook status update said, “Welcome back, Mr. President. Happy to have you here. Now get to work.”

He’s got to continue the economic recovery. He’s got to deal with the debt.

He’s got to get some compromise with the Republicans before we reach the “fiscal cliff,” which is when a series of spending cuts and tax increases are set to go into effect automatically.

He’s got to create jobs.

But, while I have little faith in Congress to deliver, I’ve got faith in my man in the White House to deliver.