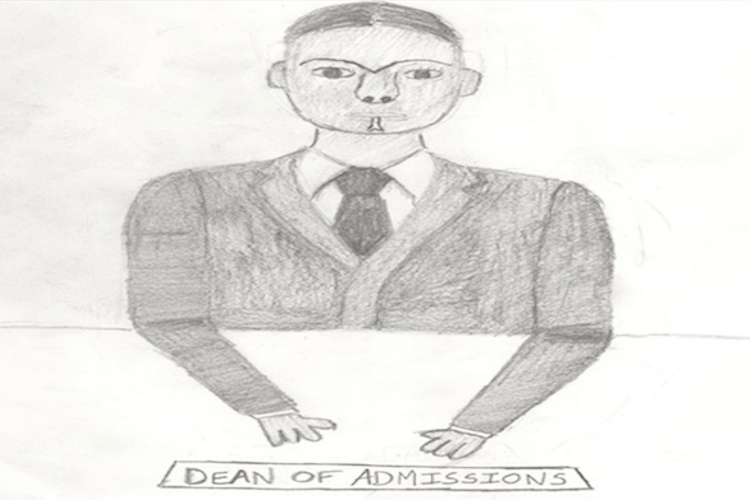 That’s the reaction to a slim envelope containing a letter that “regrets to inform you” that you did not get into the college that you always dreamed of.

It’s because of that C you got first quarter in Freshman English. Because of that accursed grade, you got a B for your final grade, despite acing the final exam AND the second semester!

By the end of Freshman English, you’d learned to write an analytical essay like a boss and knew every vocab word from abstemious to zenzizenzic, no matter how abstruse (synonyms: esoteric, arcane, recondite, occult)!

You may have gotten a C then, but now you’re a star student!

Yeah, UMichigan, that student is better than you!

The fact is using letter grades allows colleges to label every applicant. Here’s a typical conversation in college admissions offices:

“Oh, this applicant is a failure! They got a B for Freshman English! Mwa ha ha ha, let’s coldly reject them and then laugh at their failure!”

However, if students took all their courses pass/fail, then college admissions officers could not revel in all their pigeonholery.

All courses—yes, every single stinkin’ stupid course—should be taken pass/fail. Instead of grades, there should be a running checklist of skills that students have to learn. If the student learns the skills, then they pass, and, if not, they fail.

So, maybe you did fail that first analytical essay—the first high school essay you ever wrote. That would mean the box on your first quarter checklist for “Writes Analytical Essays Well” would not be checked off.

However, by your third quarter, you’ve got it down! So, that same box on the report card would get a sweet little check, and you would be on your merry way.

And rather than a final grade for a course, a student would get a final report. At the end of the year, the teacher would consider the student, evaluating their progress and rough spots.

These reports will give a much more holistic view of the student, showing that students are not just a letter grade.

Yeah, I guess that’s a pretty good punishment for those cruel admissions officers: force them to read through a bunch of reports for every student that applies.